I had some friends over for dinner and to watch the Opening Ceremonies of the Olympics last week.  I knew that I wanted to have a theme to the entire meal…I just wasn’t sure what.  First, I considered some British food (since the Olympics are in London), but there isn’t much that appeals to me from that cuisine.  After some careful contemplation, I figured out the *perfect* theme: Greek food (since the Olympics originated in Greece)!  I’ll get to the dinner in the next few posts.  I’m starting with the appetizer: Greek Cucumber Cups!

Originally, I planned on making a Greek bruschetta.  But, since it’s summer and bathing suit season, I wanted to cut out the unnecessary carbs.  Luckily, I remembered seeing a cucumber cup recipe on Pinterest.  I decided that would be the perfect vehicle for the bruschetta.  I decided to go with this recipe.  I think next time I will cut the cucumbers a little thinner.  It would be better if this was an appetizer you could pop right in your mouth.  (Once you took a bite of the cucumber, it got a little messy.  Still delicious though!)

I made the filling a few hours before I assembled the cucumber cups.  Make sure you dice everything up very finely… 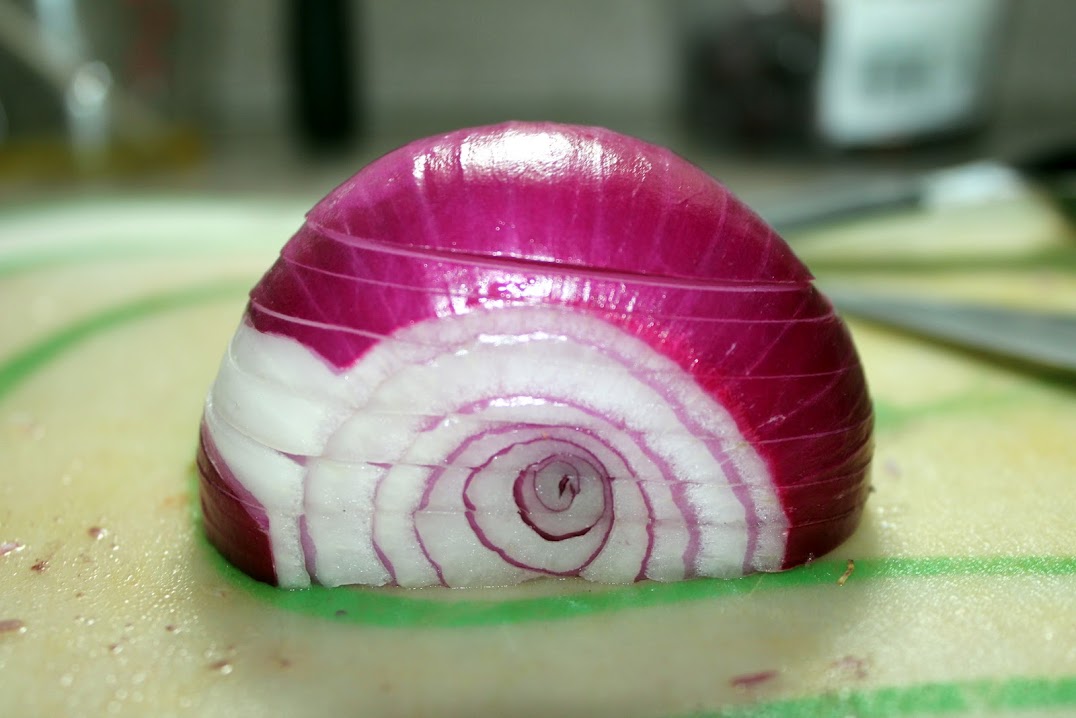 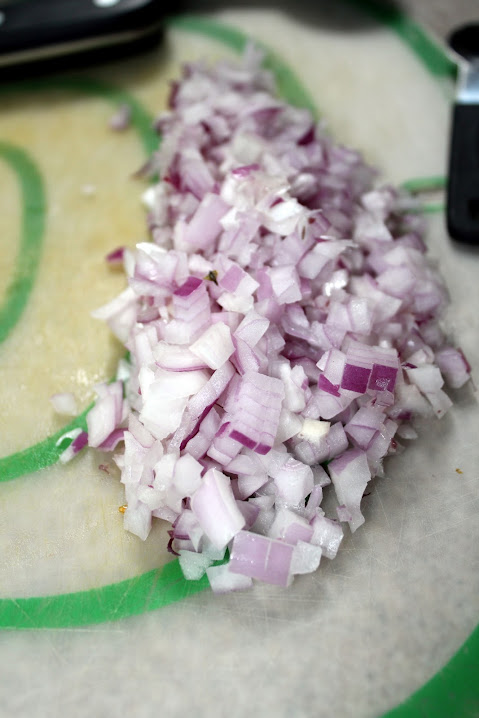 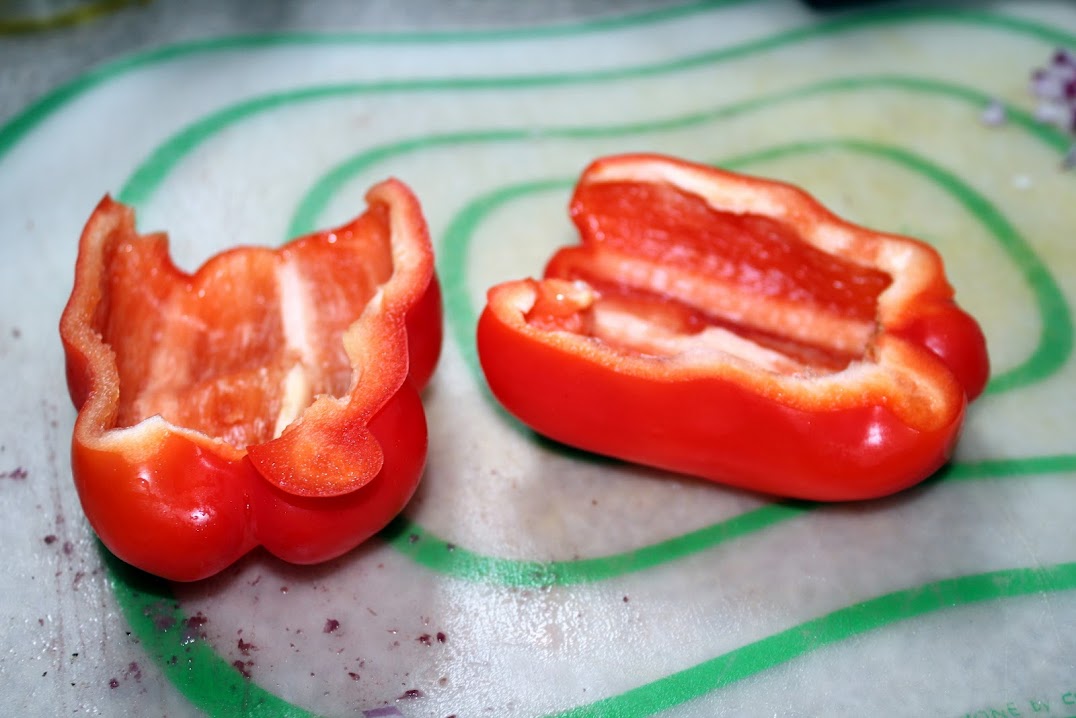 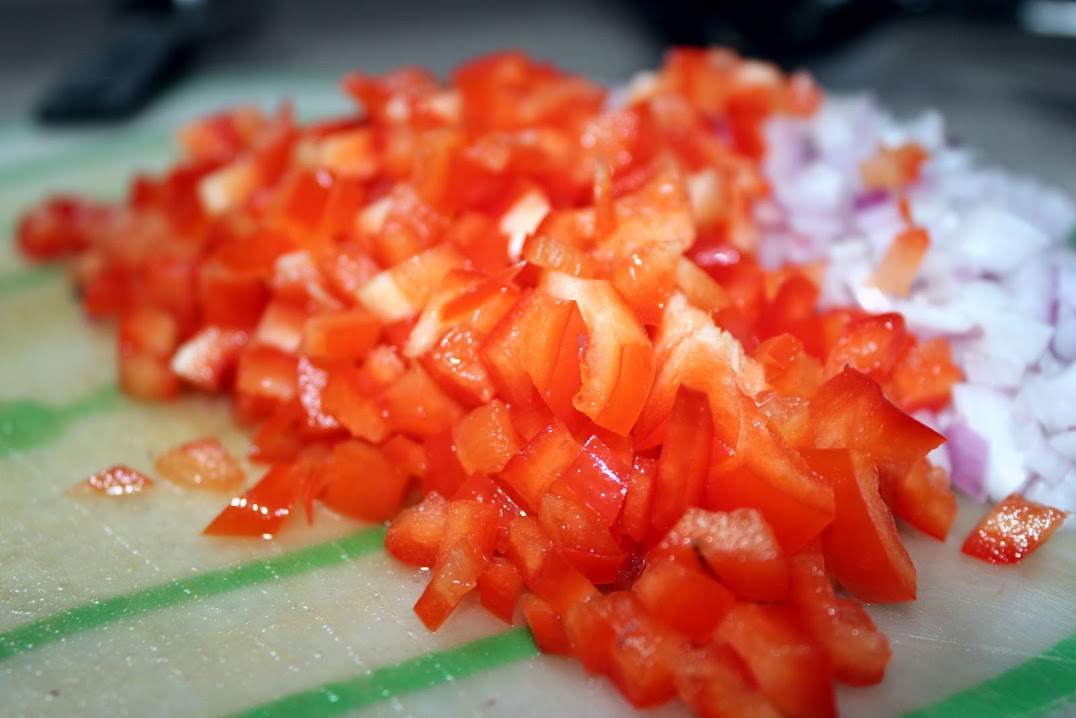 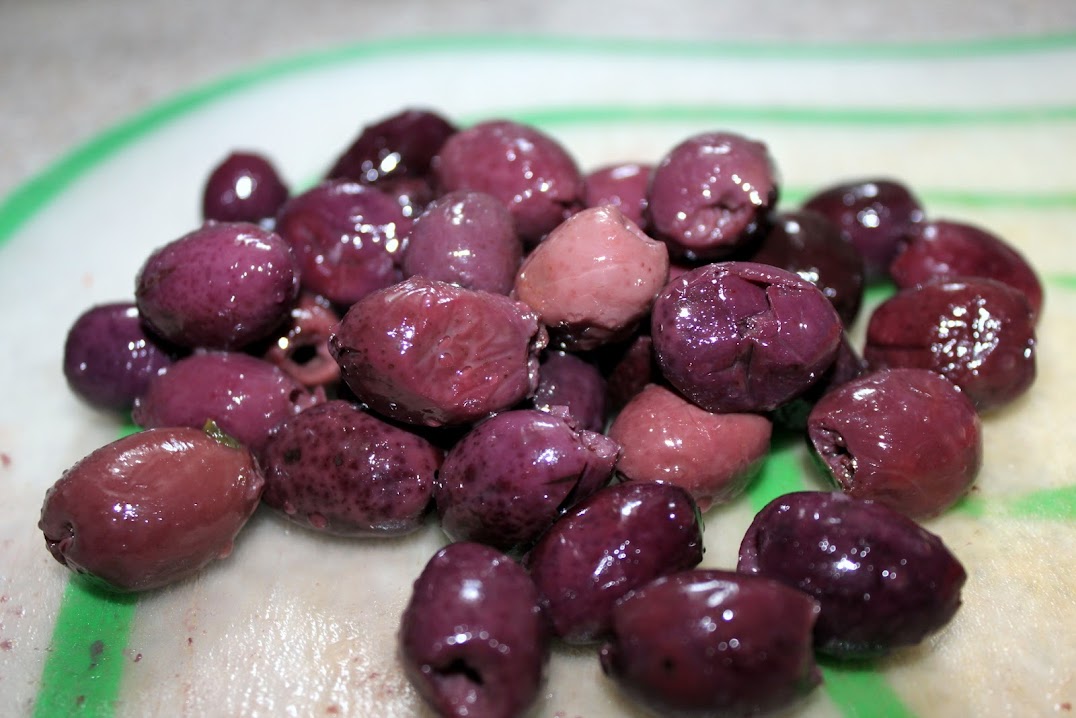 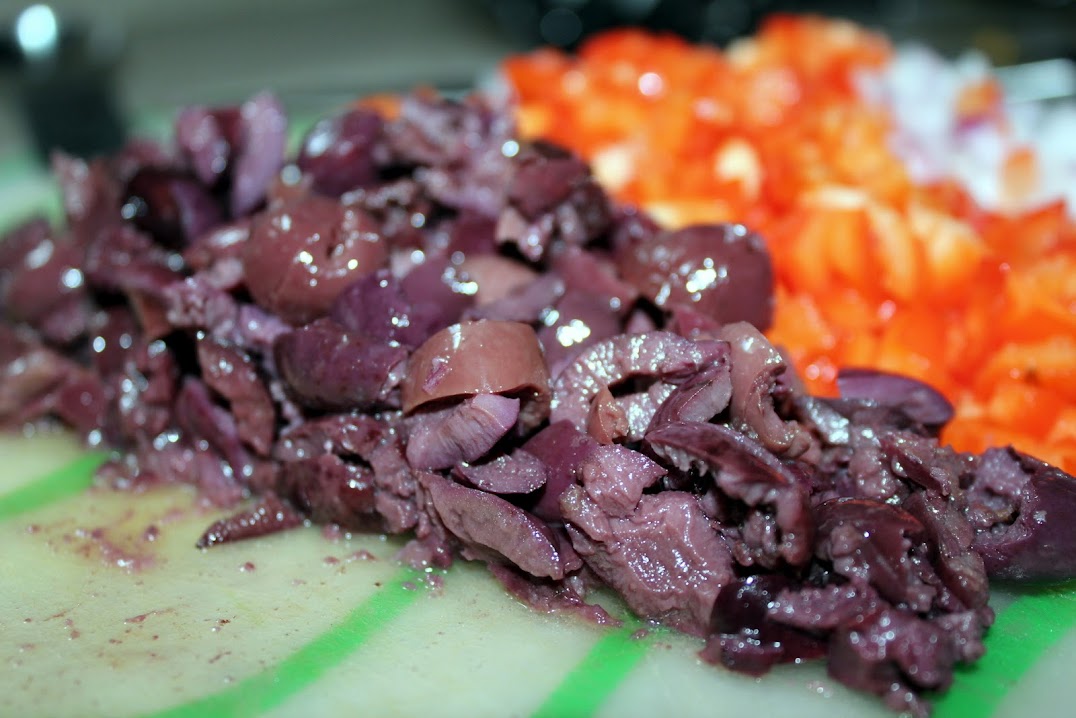 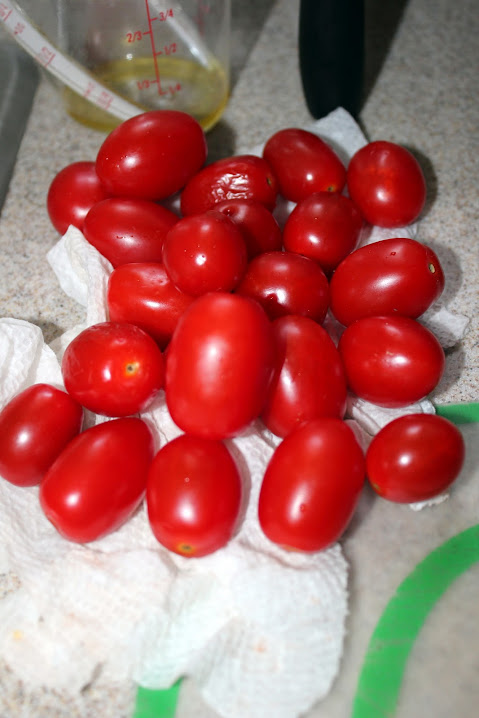 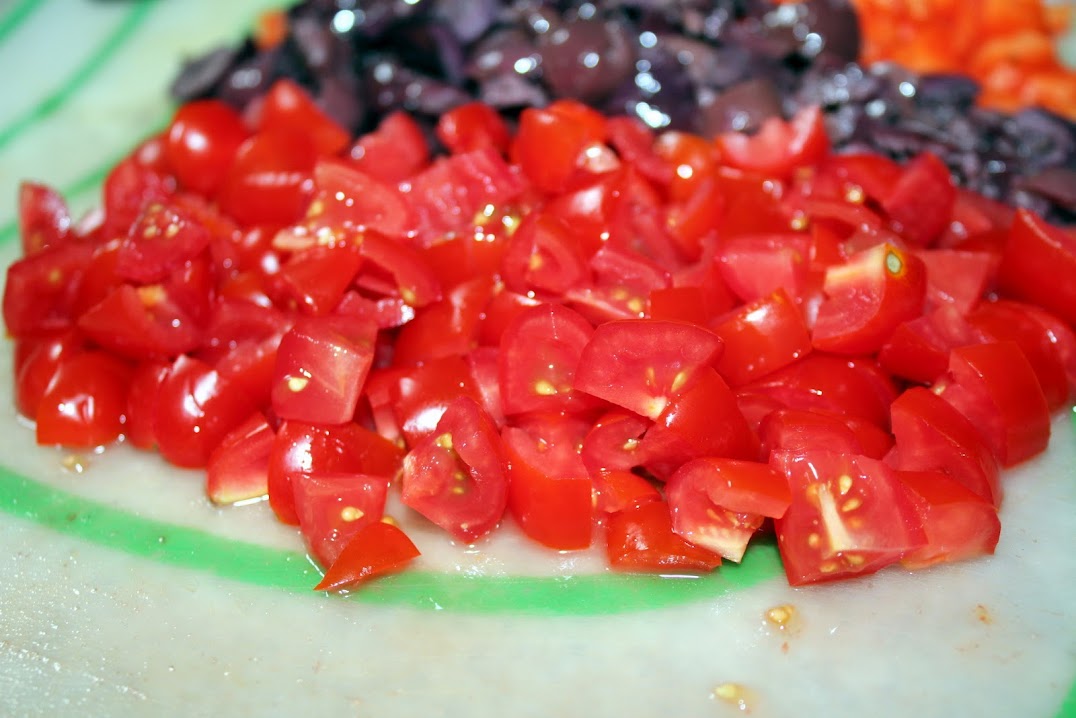 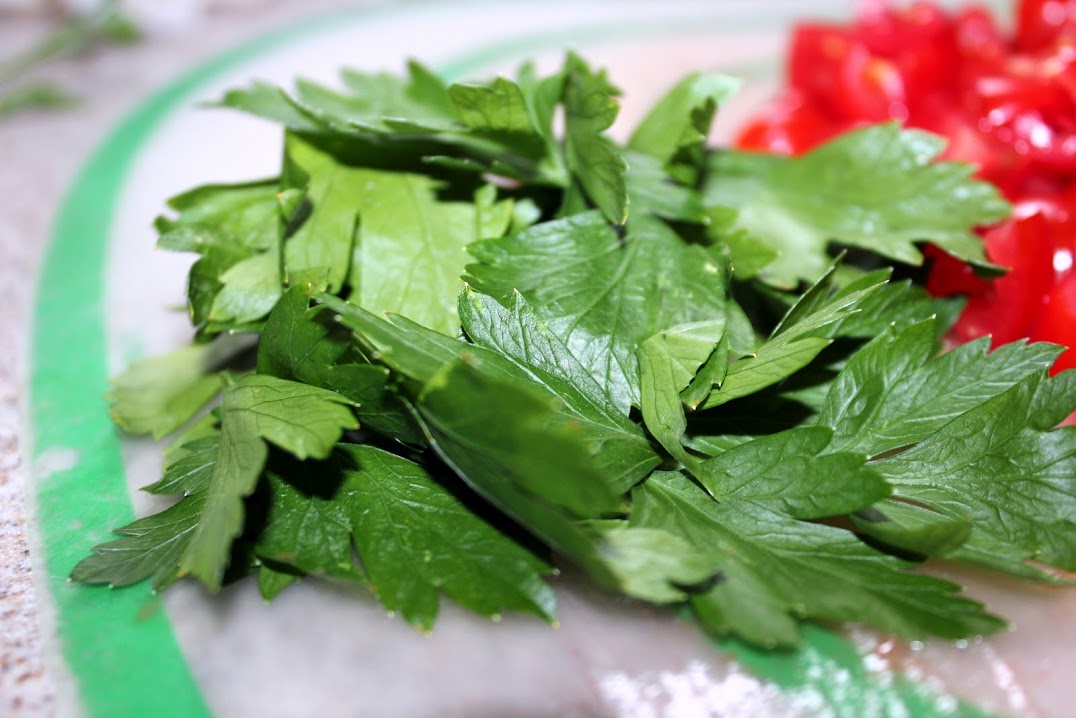 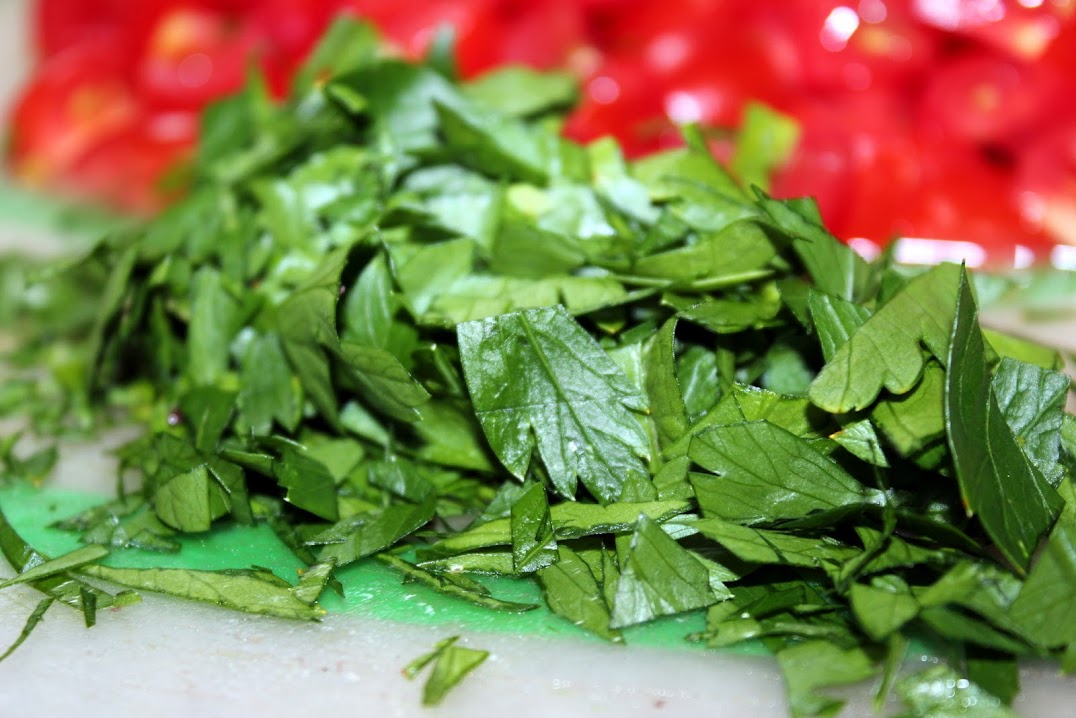 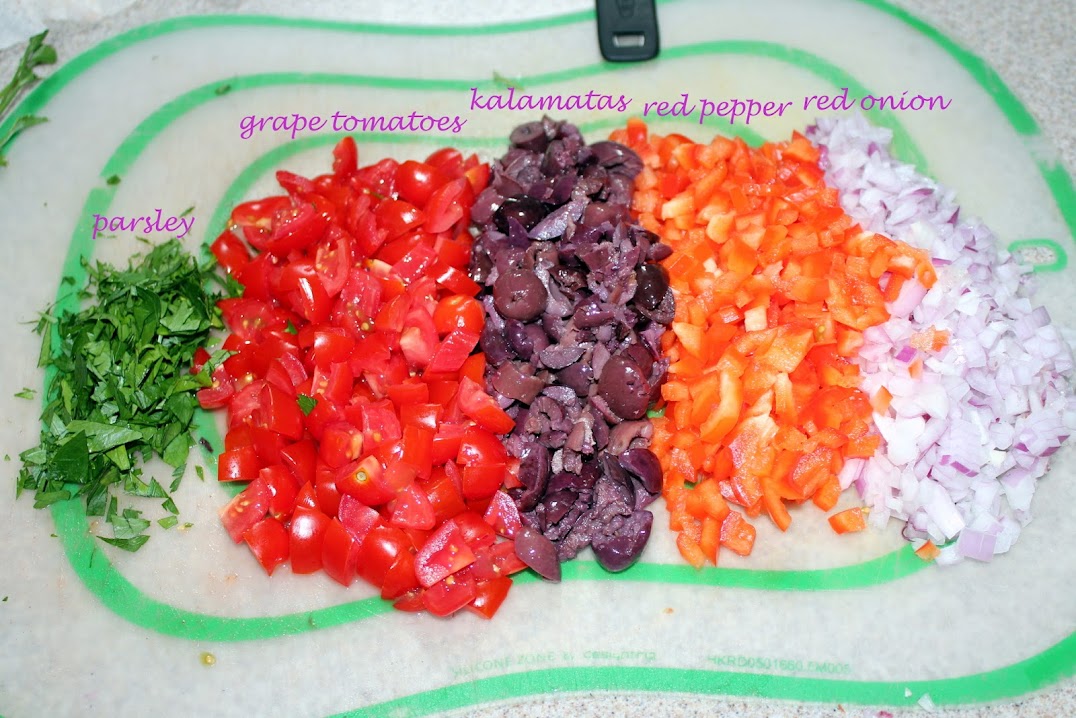 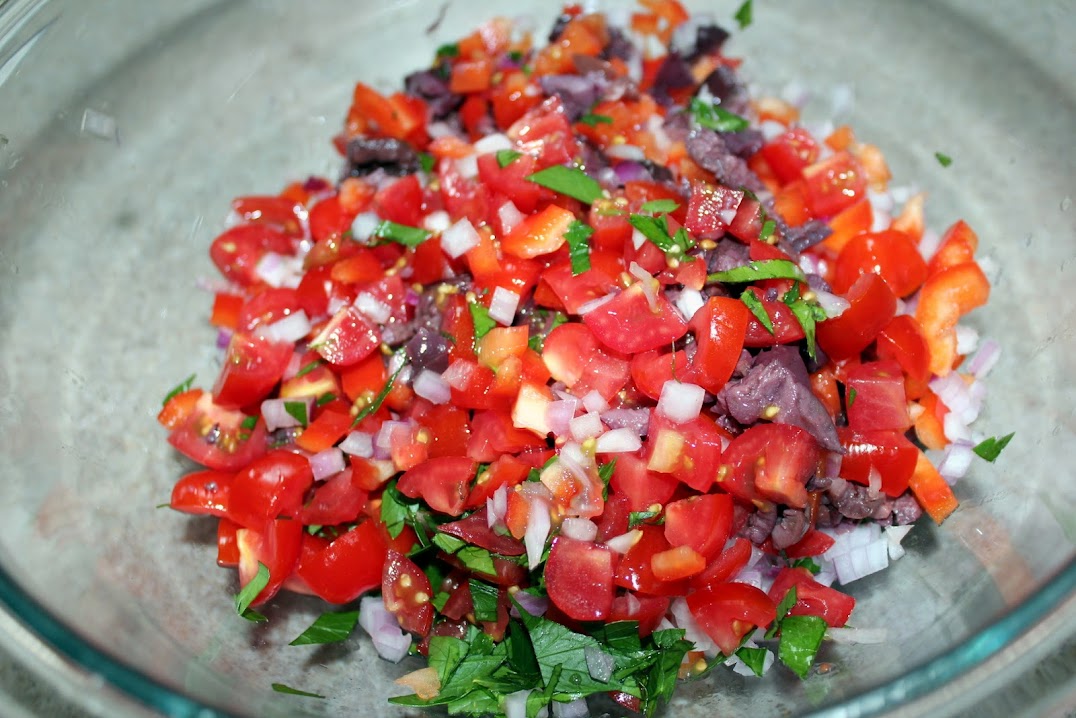 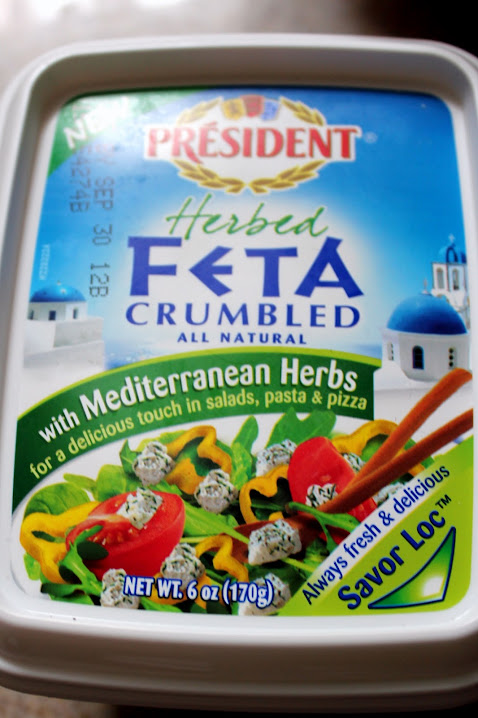 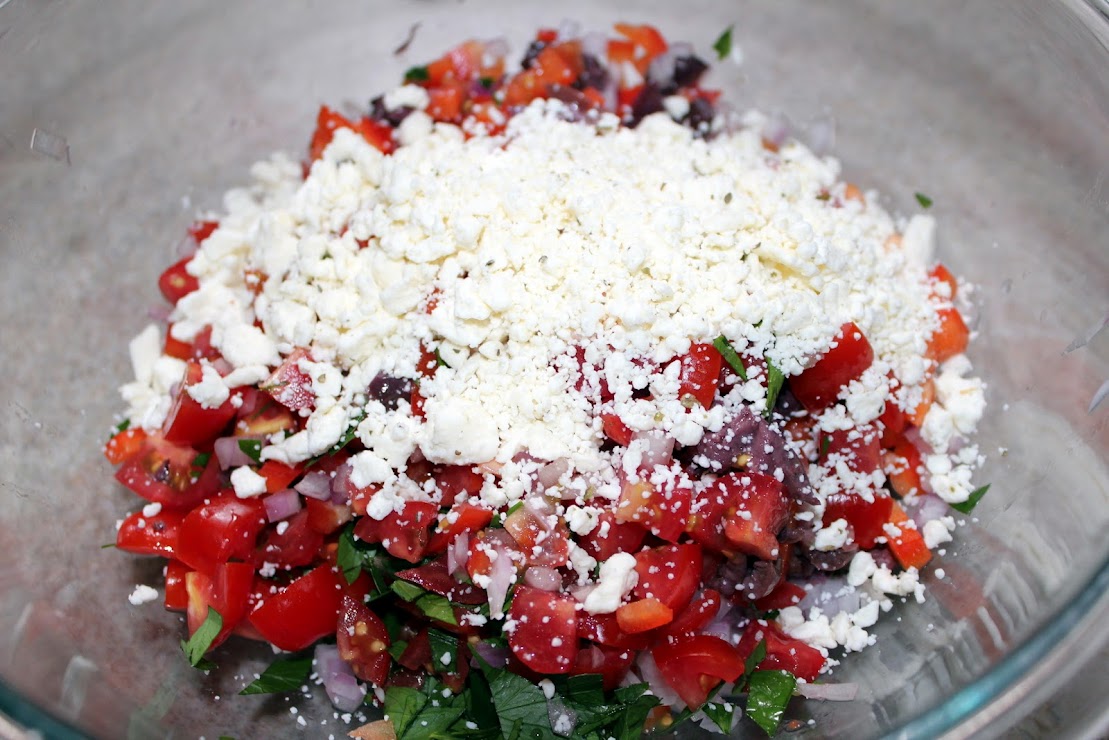 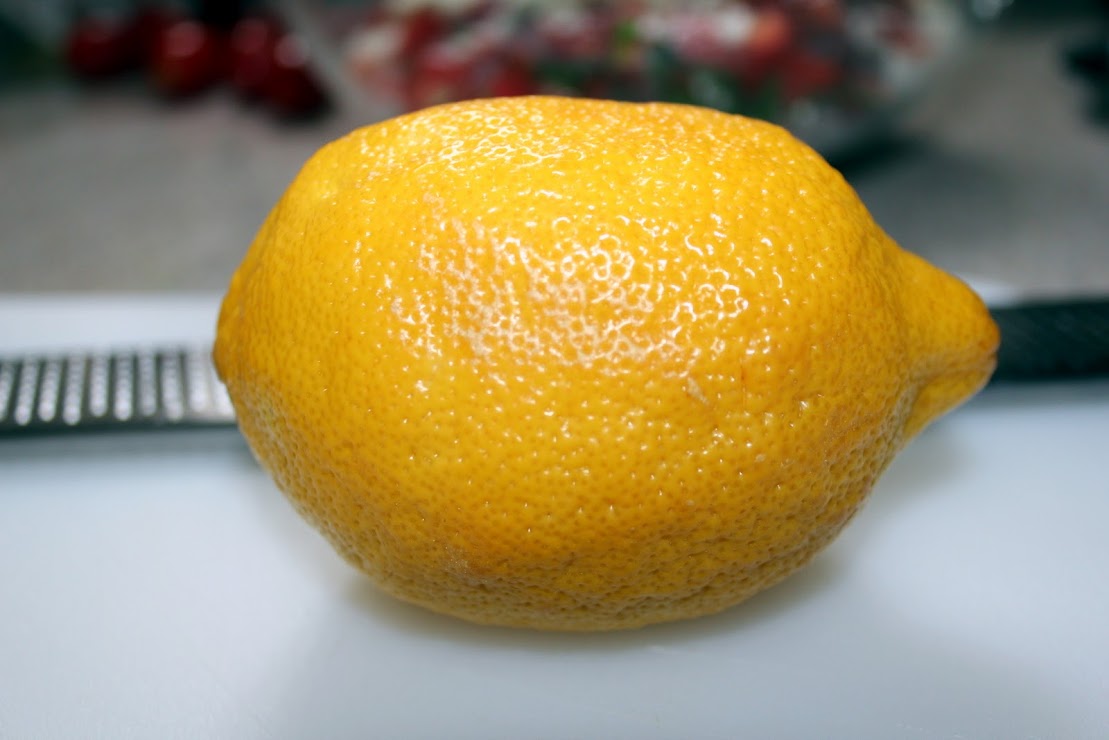 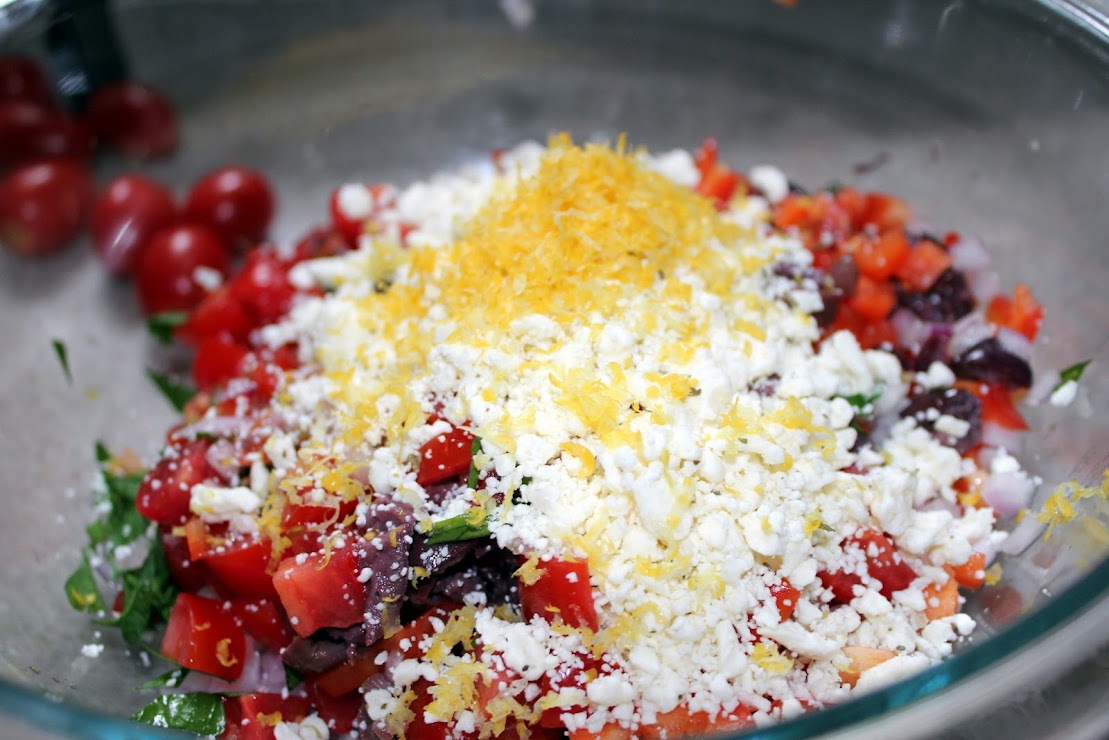 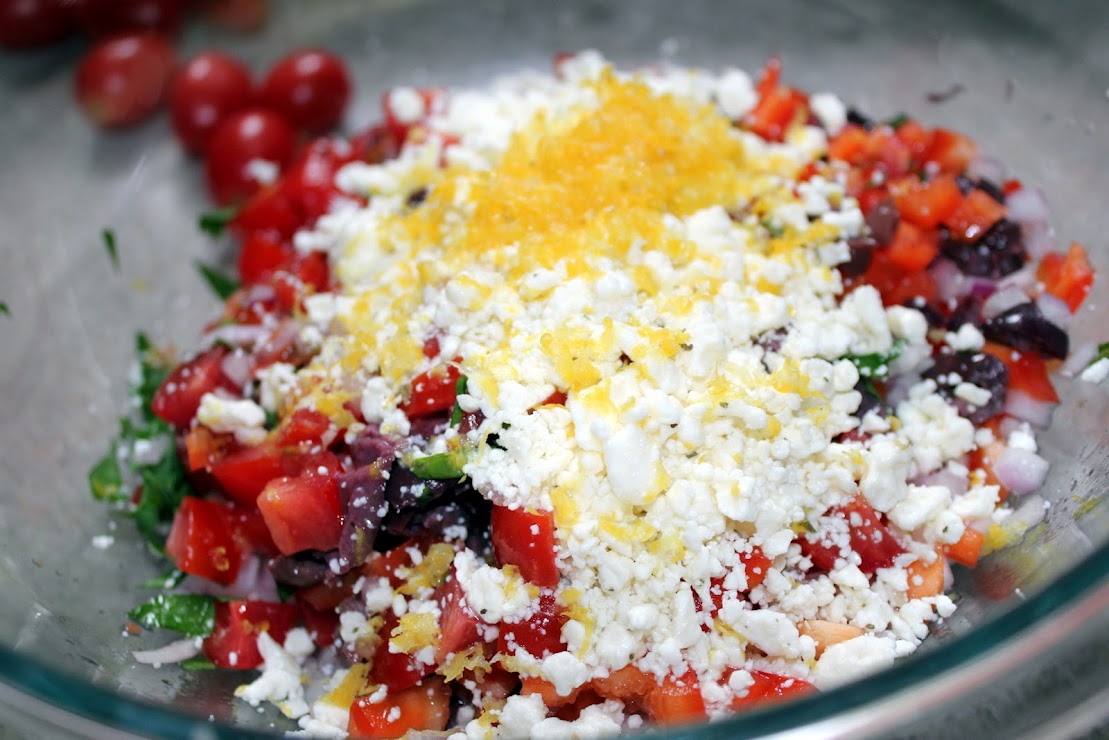 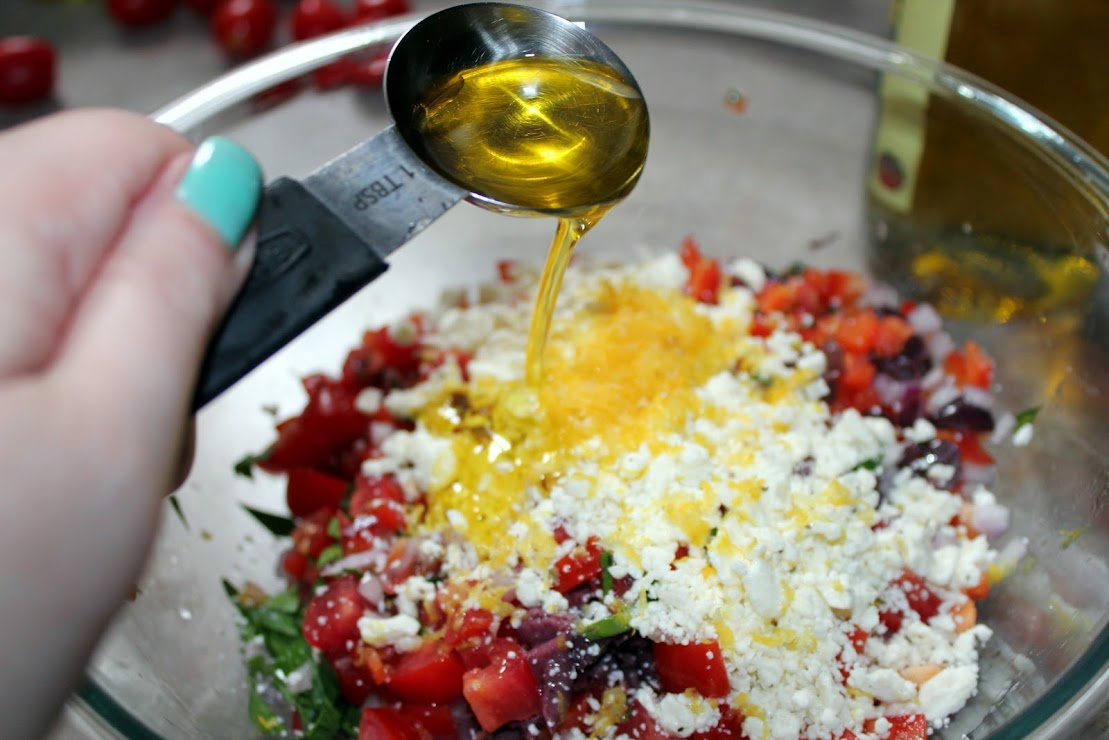 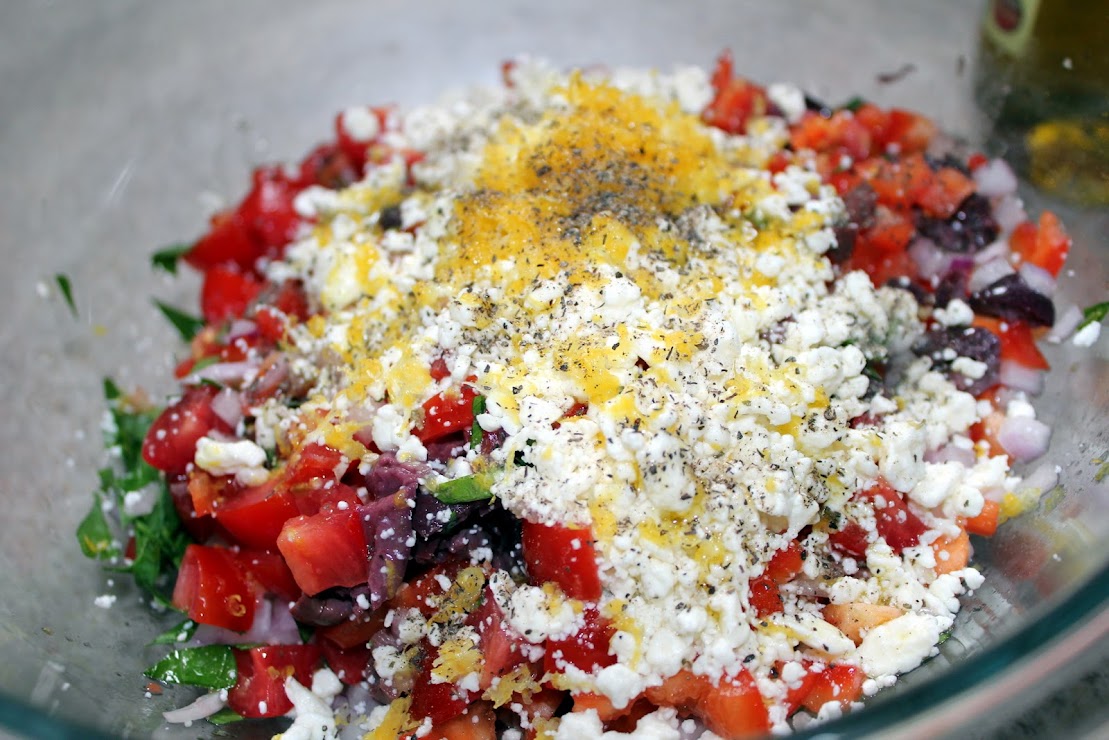 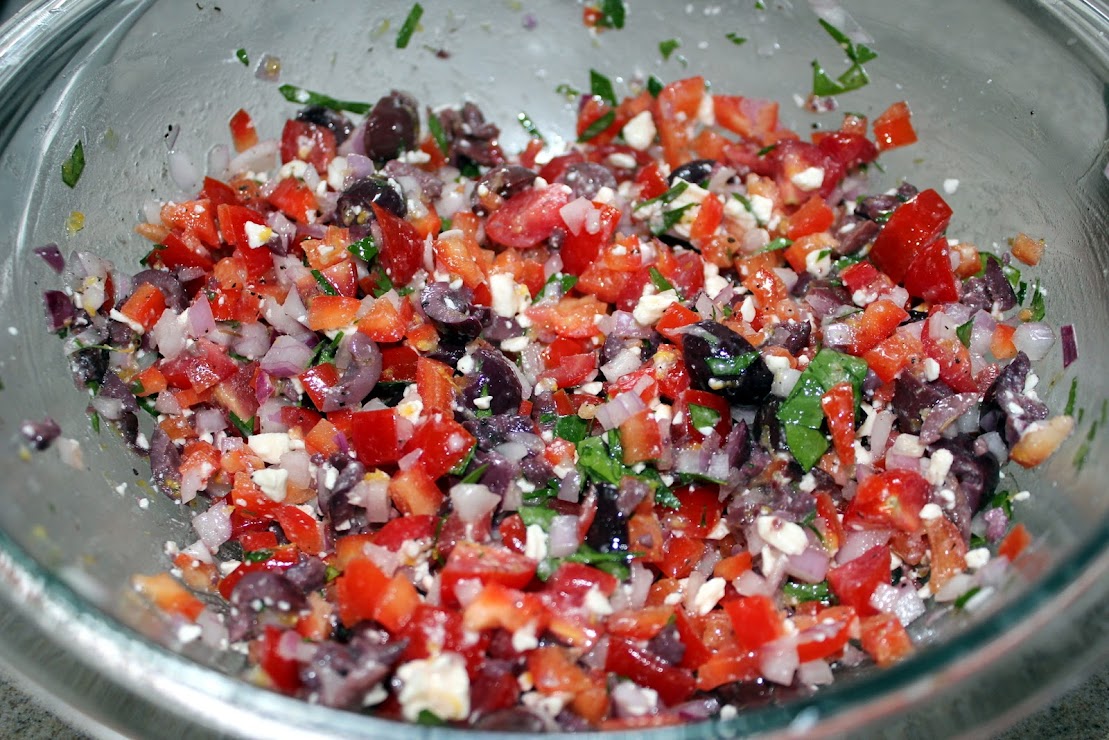 About 20 minutes before you want to serve, make and fill the cucumber cups… 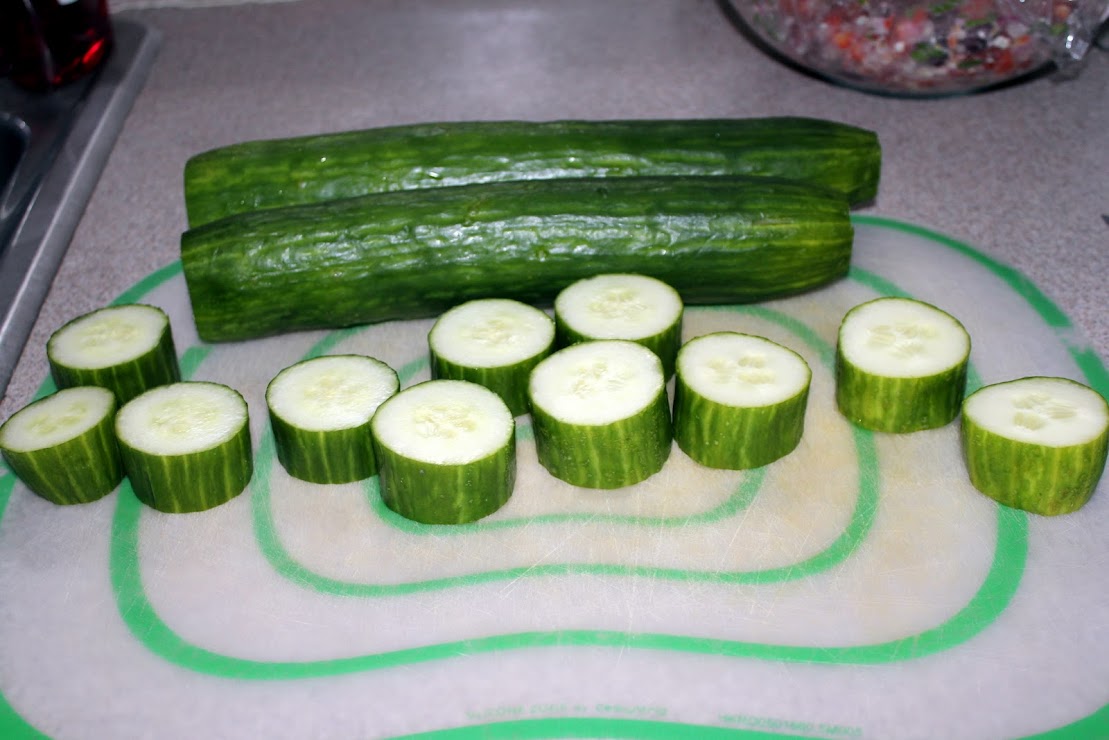 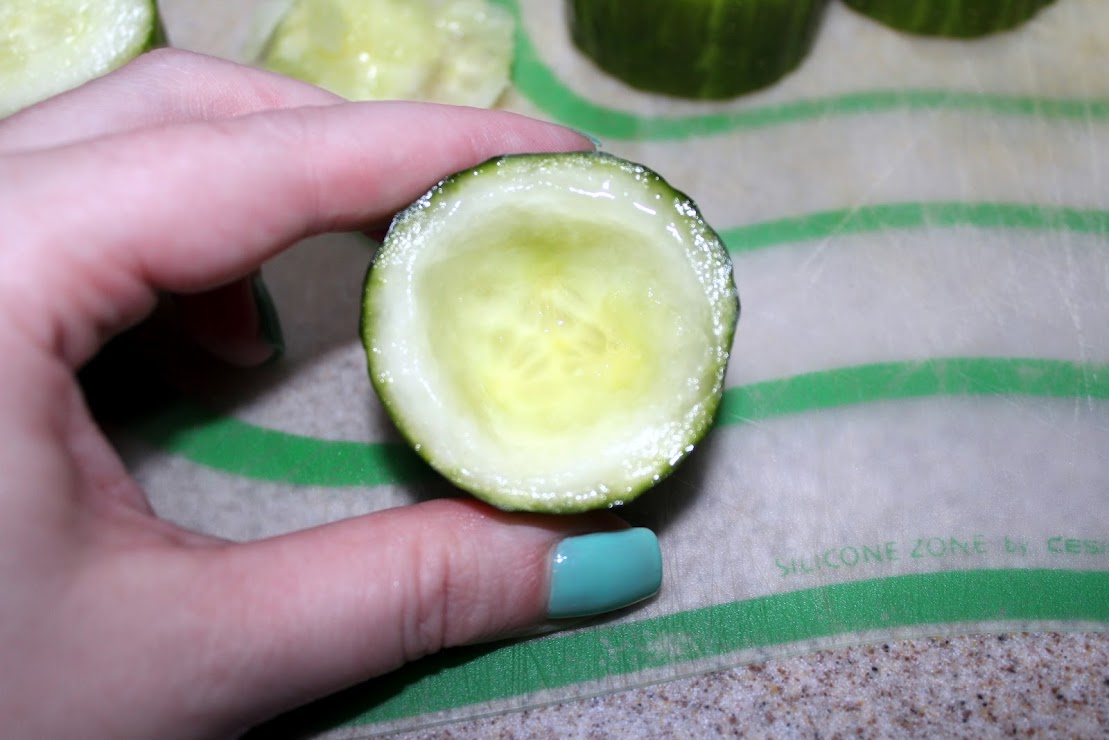 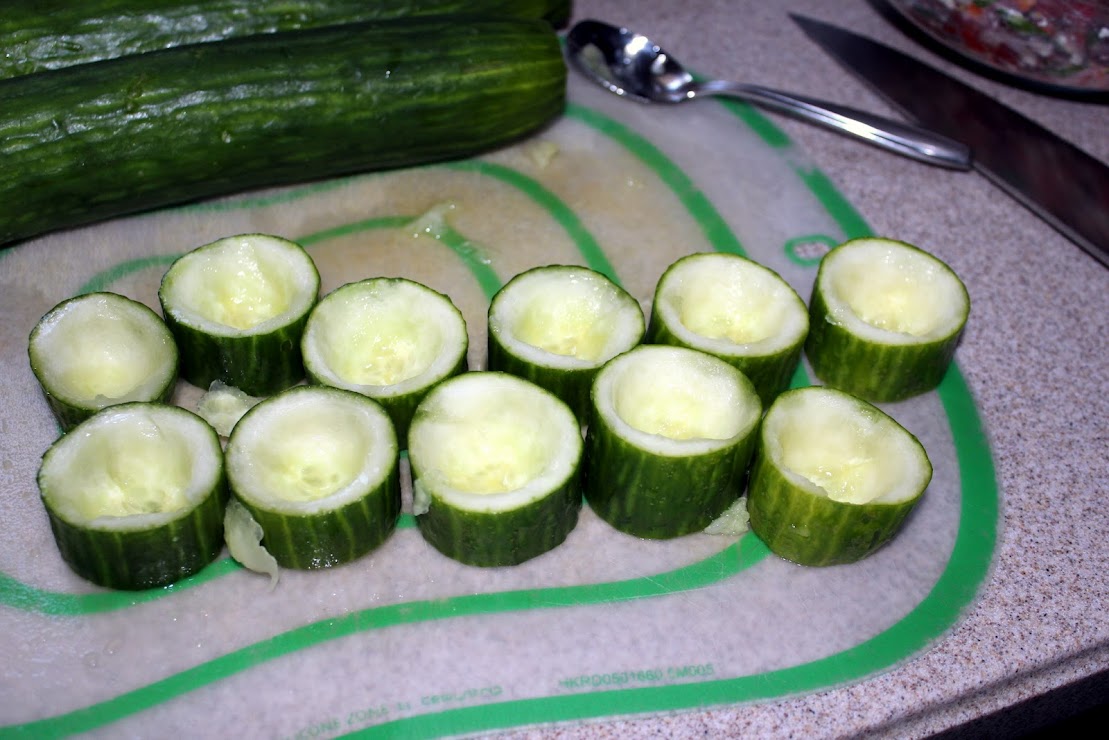 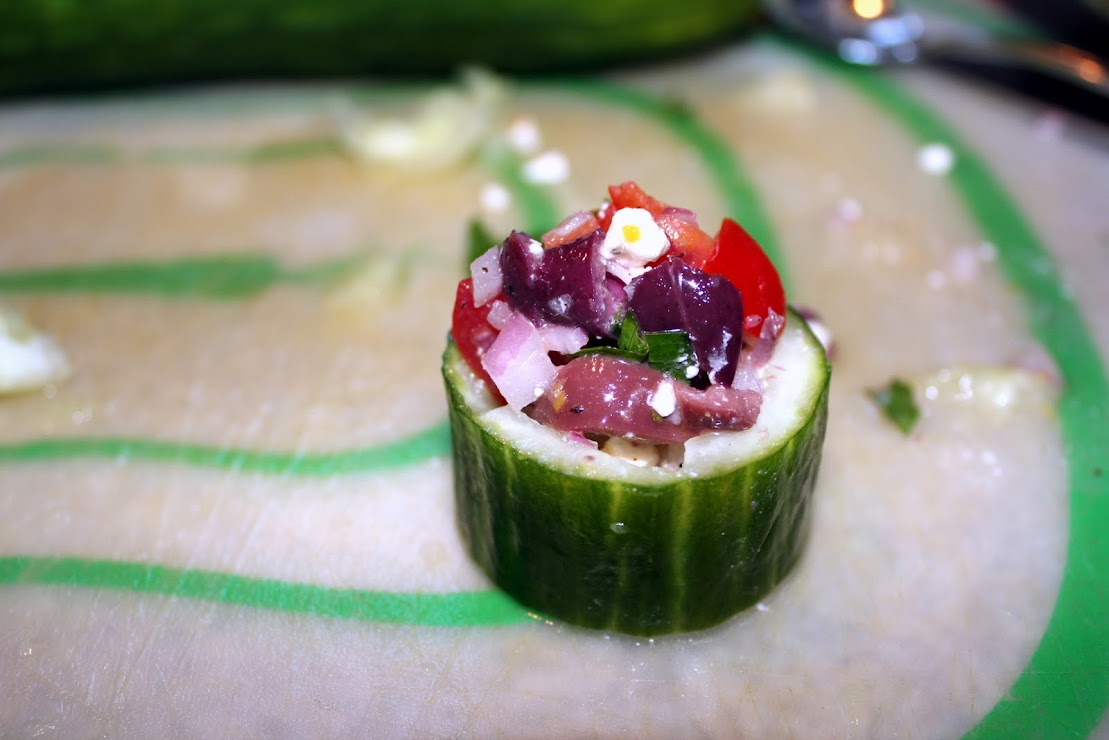 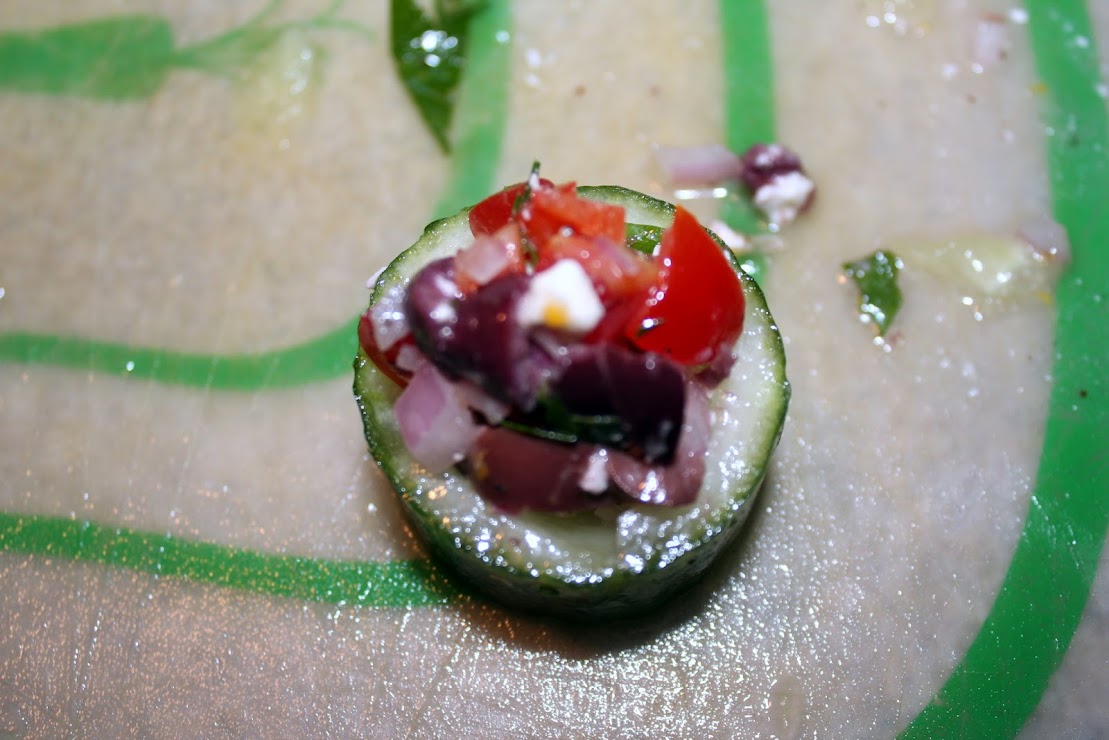 My math really worked out well.  I had just enough filling to fill every cup.  (In all, I made 29 cups.)  They were a hit too.  And, they looked great on my American flag platter…perfect for the Olympics!  GO USA! 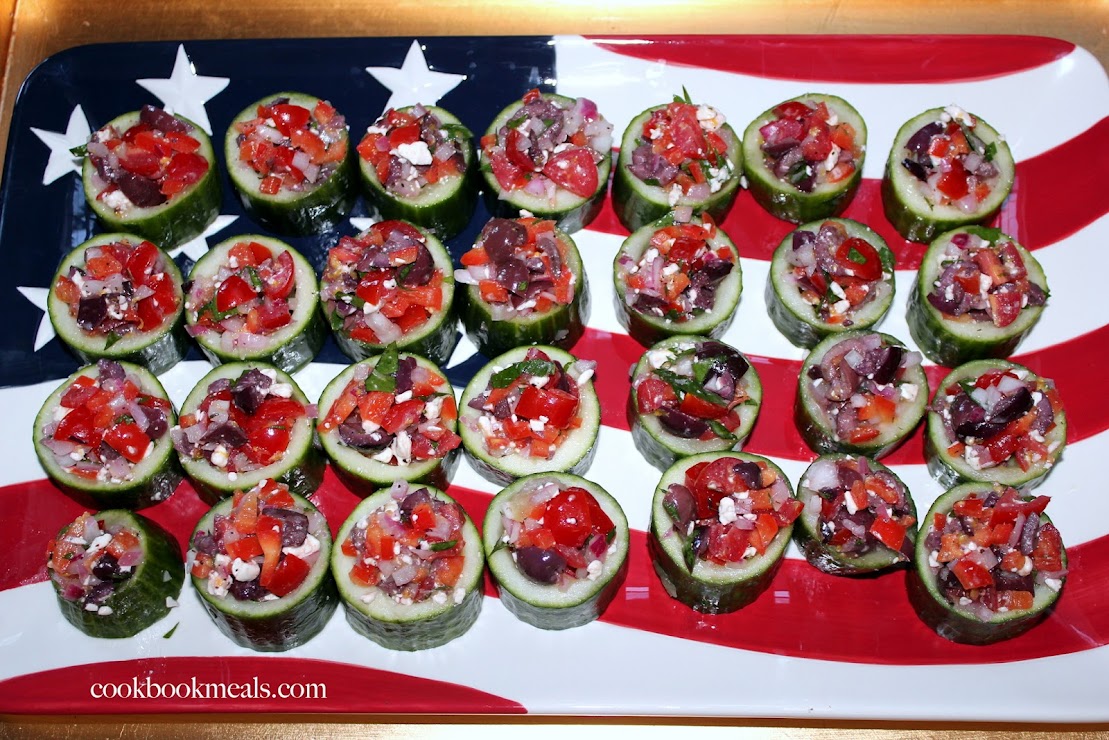 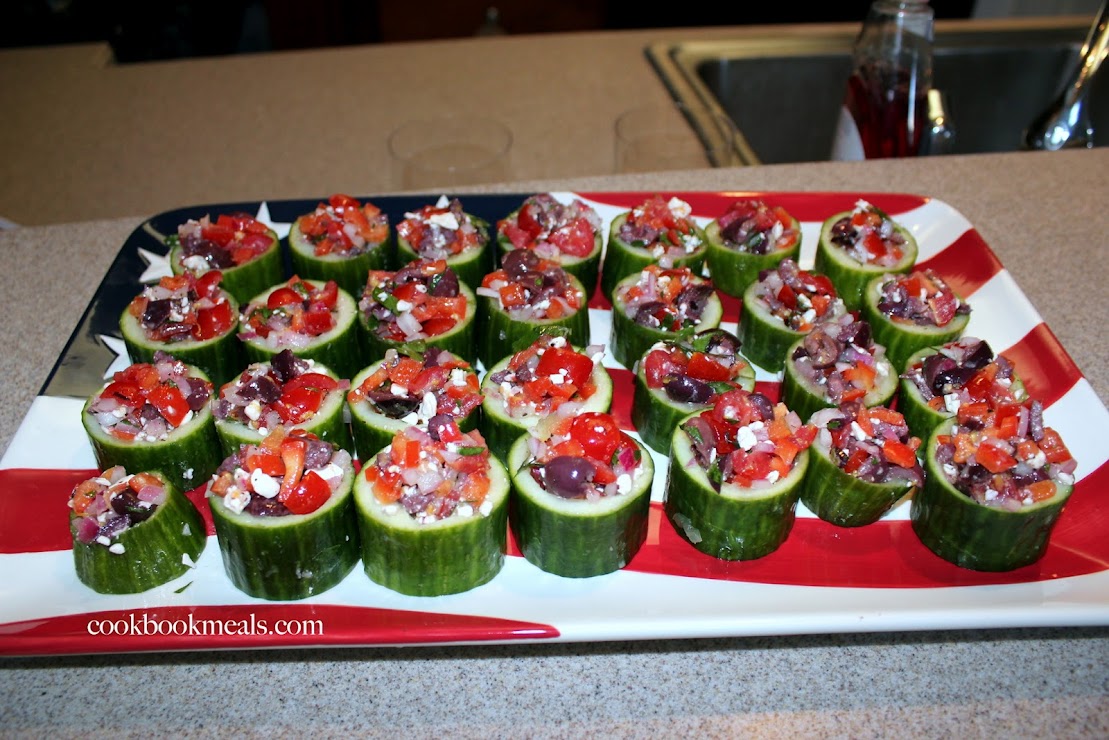 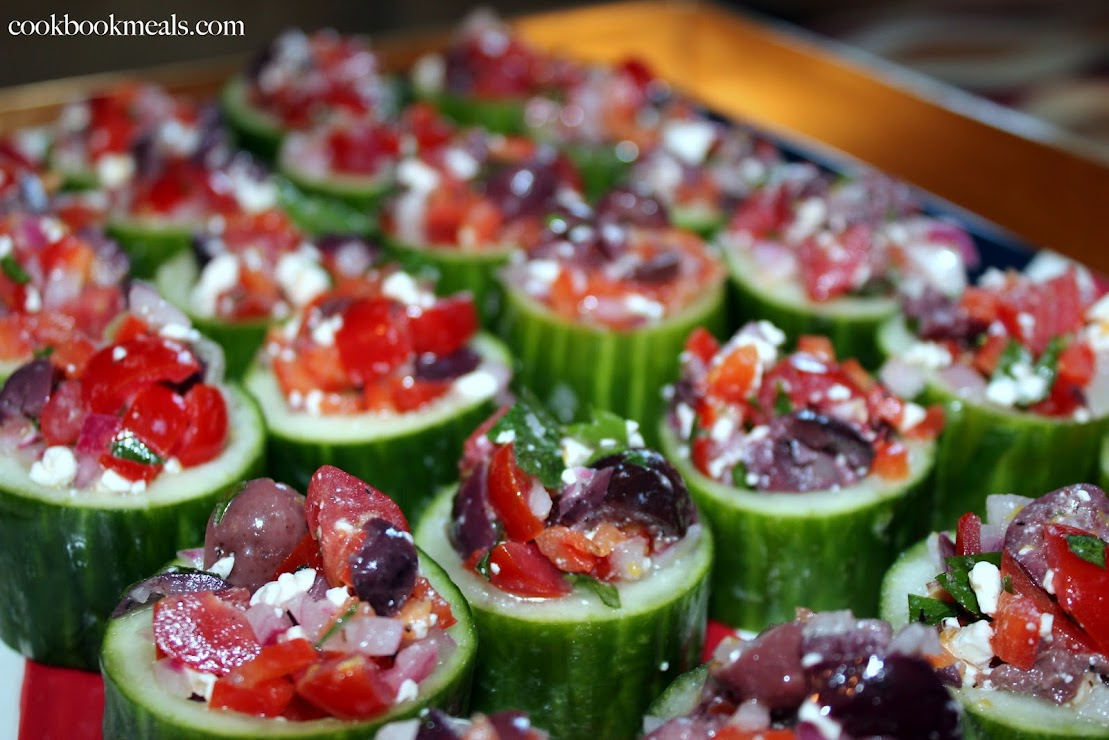 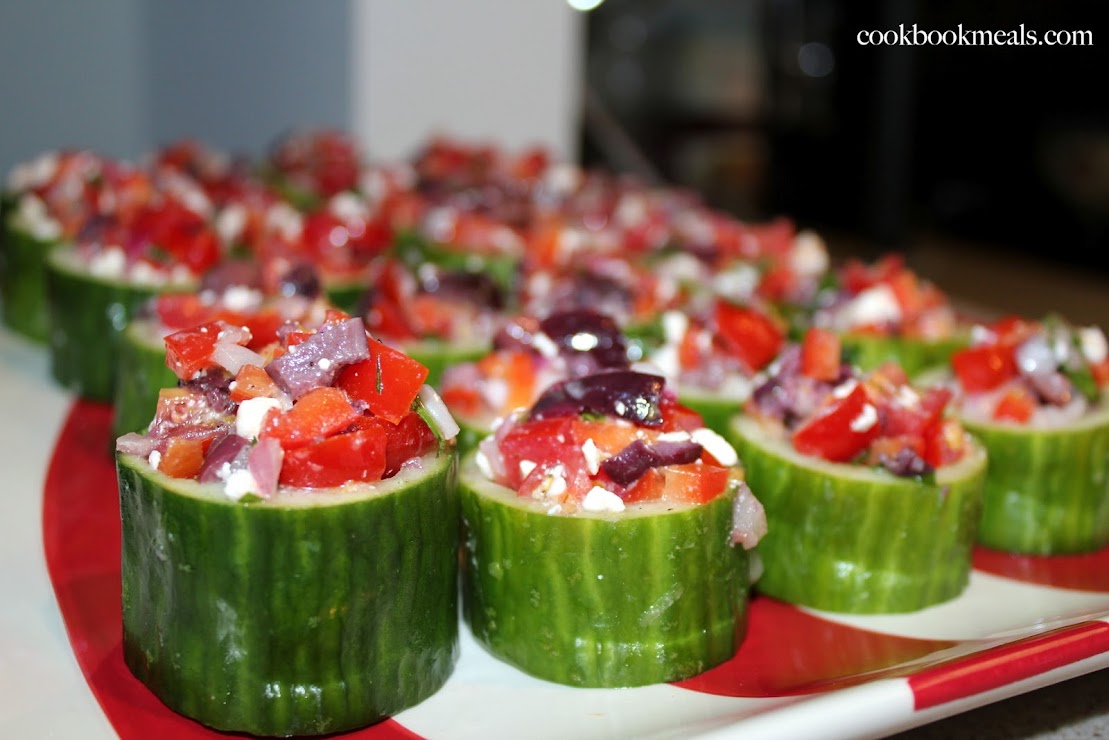