I am no longer a quinoa virgin!

I know that’s probably not ground-breaking news to most of you, but it’s exciting to me.  After months of hearing about this protein, I finally decided to give it a try.  (I actually bought the box about a month ago, but just got around to opening it tonight.)

I was kind-of-sort-of reminded of couscous when I ate this salad.  But again, quinoa is a protein, not a pasta, so it has much more nutrients.  I definitely enjoyed the flavors of the salad and would make it again.  I think I’ll try some new combinations with the quinoa first though.  (Better get searching on Pinterest tonight!)

My inspiration for this salad came from here.  The colors and flavors in this dish are really fantastic.  Corn, red peppers, black beans, avocado, and scallions make a pretty dish.

Start by rinsing 1 cup of quinoa.  (I wasn’t sure why at first, but the box said to do it so I listened.  I’m a rule-follower for sure!  After doing some research, I learned that quinoa has a bitter coating on it to protect it from birds, so I’m glad I listened!  Cleaning my sieve was quite tricky though!  Those grains are tiny and get stuck in the holes of the sieve!) 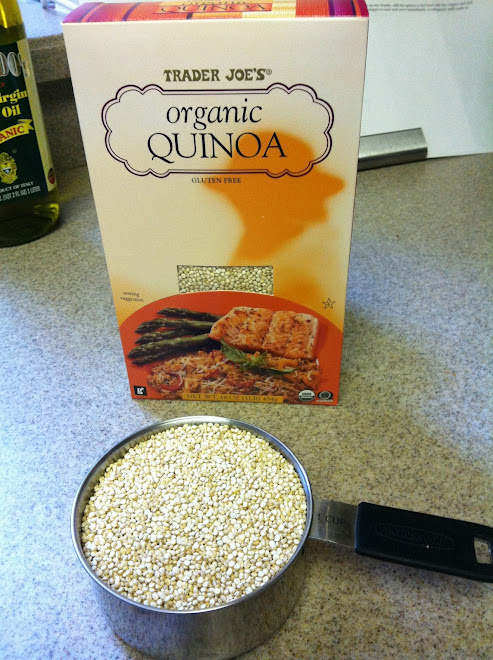 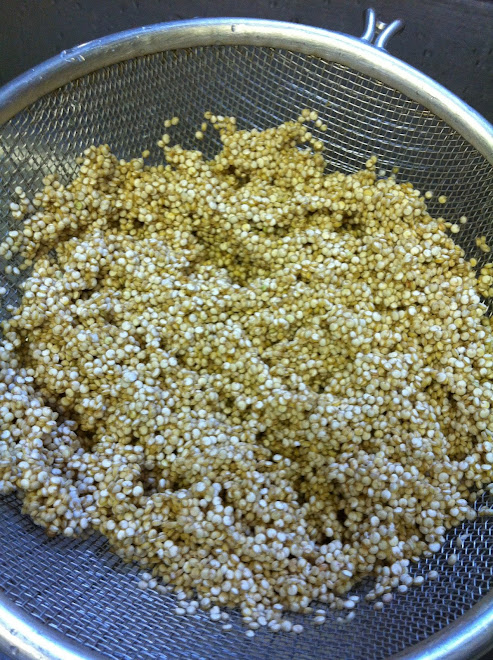 Cook your quinoa according to the package’s directions.  I’m sure it’s all similar.  I combined 1 cup quinoa with 2 cups water. 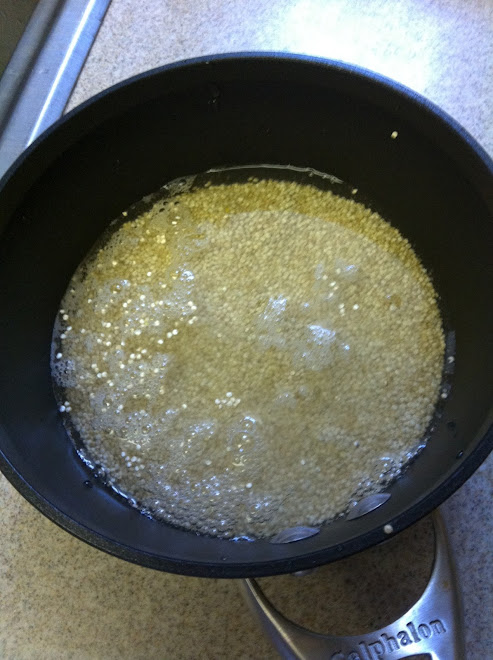 Brought to a boil, reduced the heat, covered, and let simmer until the water was gone.  When it’s finished cooking, the grains should be translucent-ish and the little rings should have separated from them.  (I know what you’re thinking…I thought that was weird too, but it tasted just fine!  I swear!) 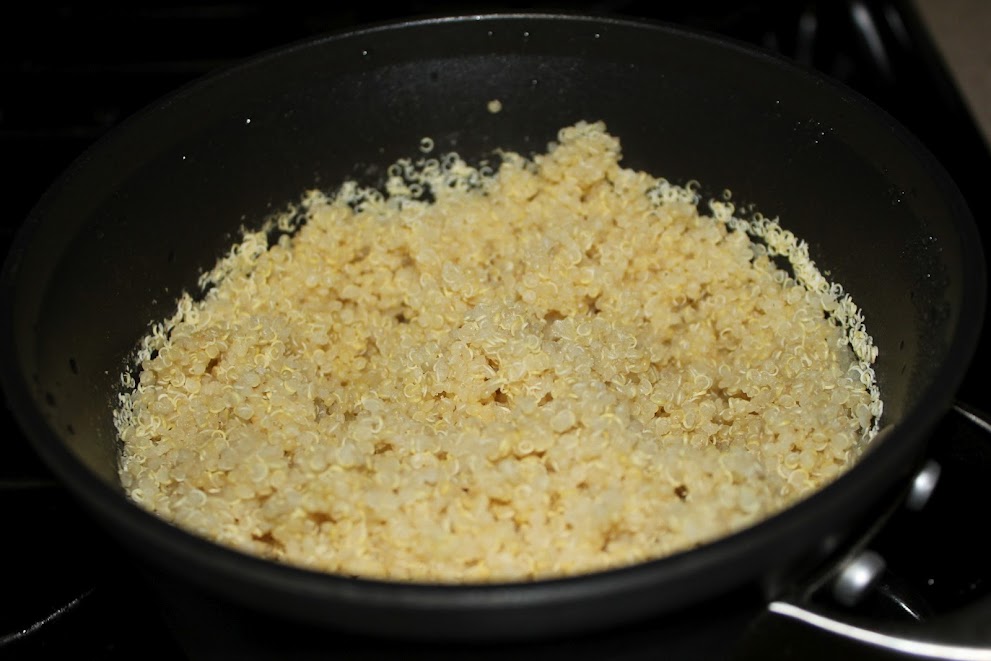 See the little rings that separated??

While the quinoa is cooking, prep everything else… 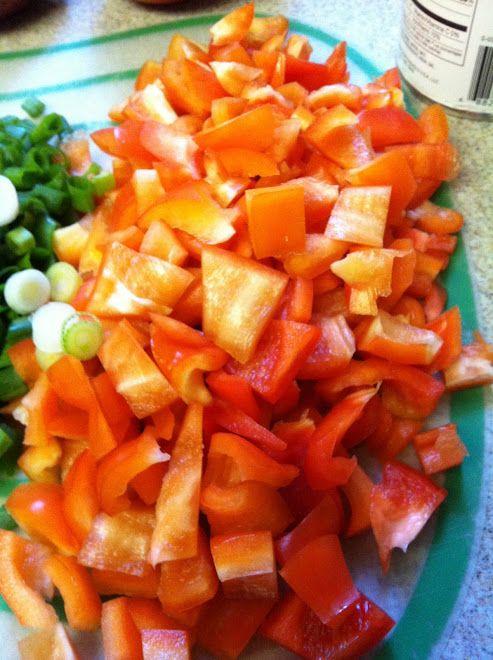 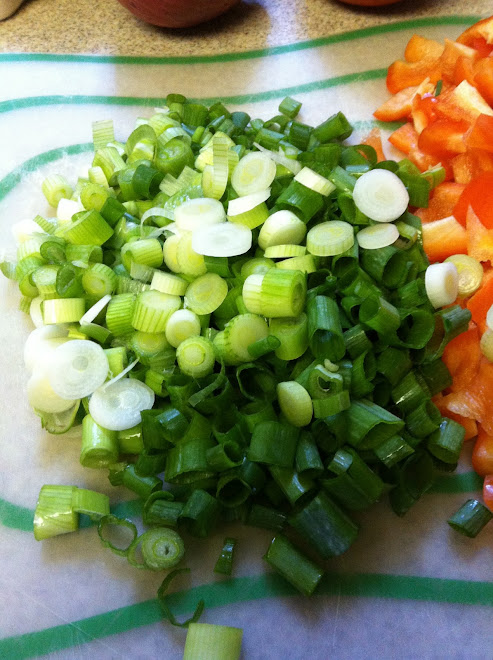 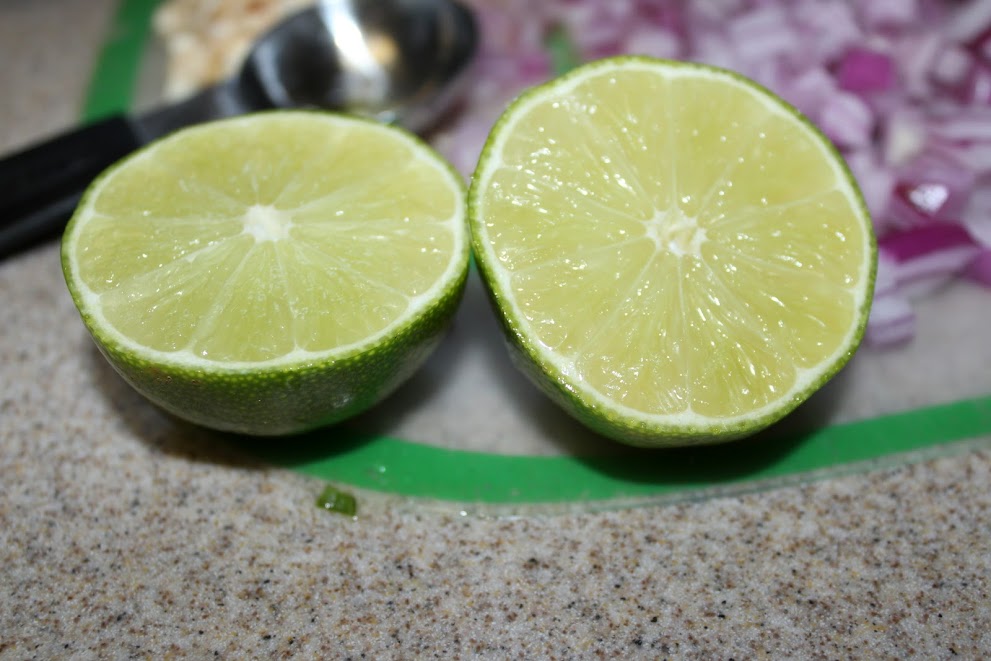 Next, make the dressing… 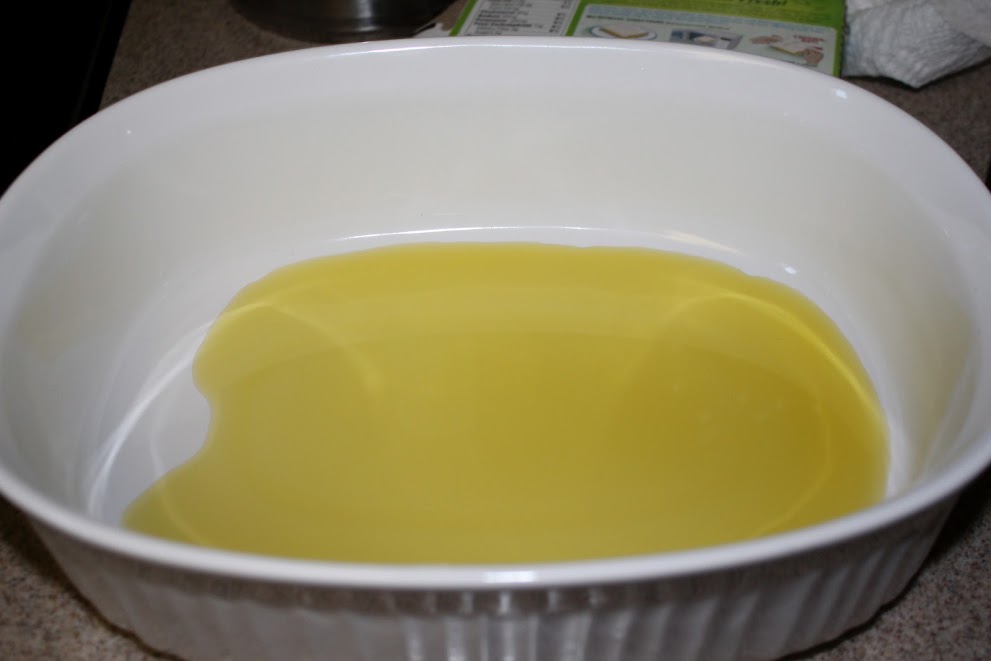 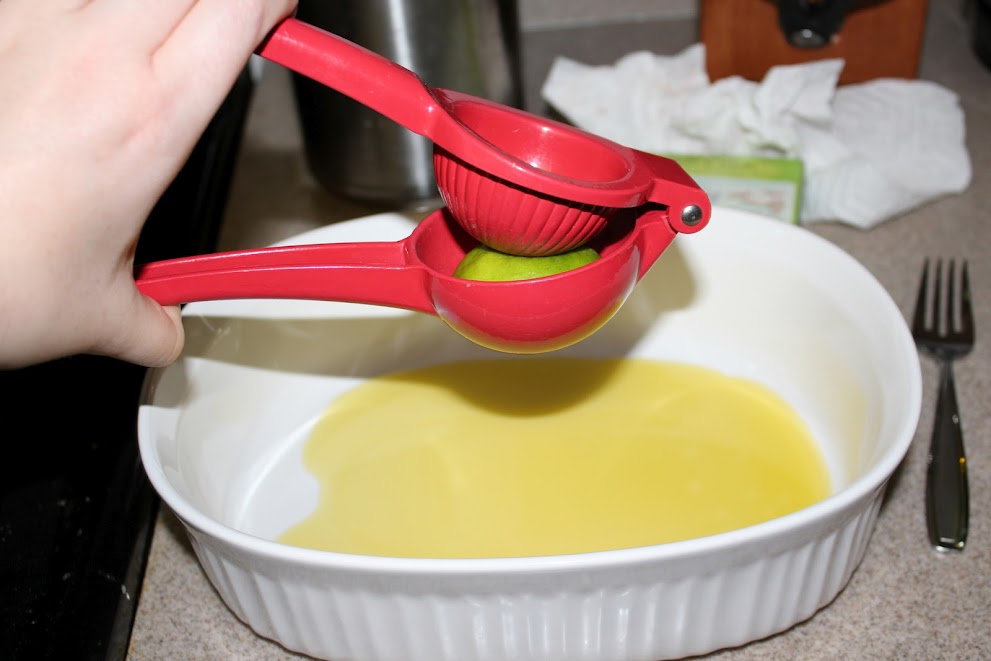 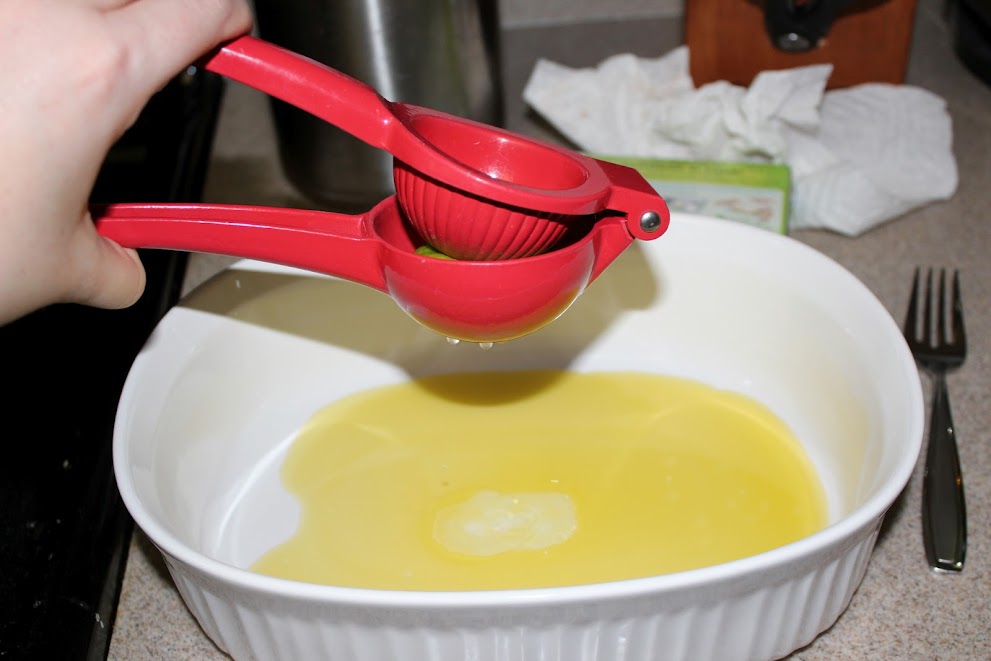 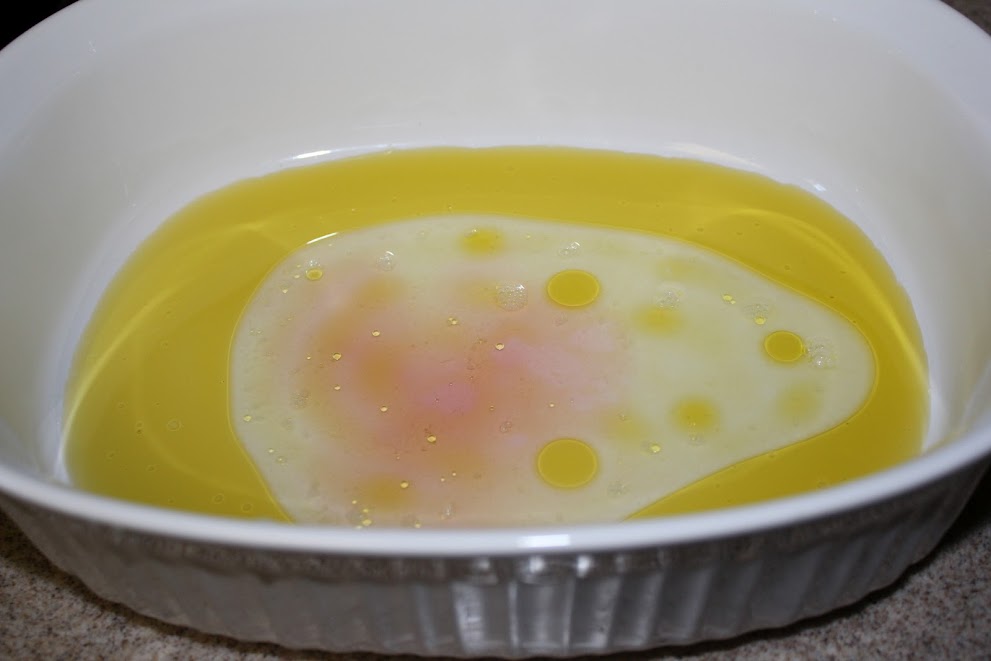 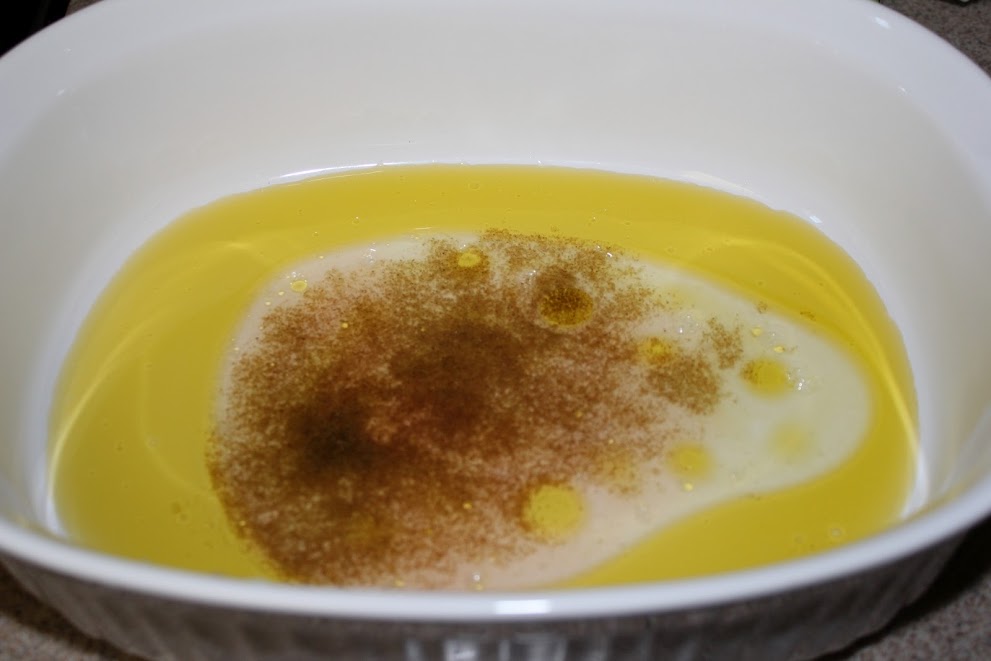 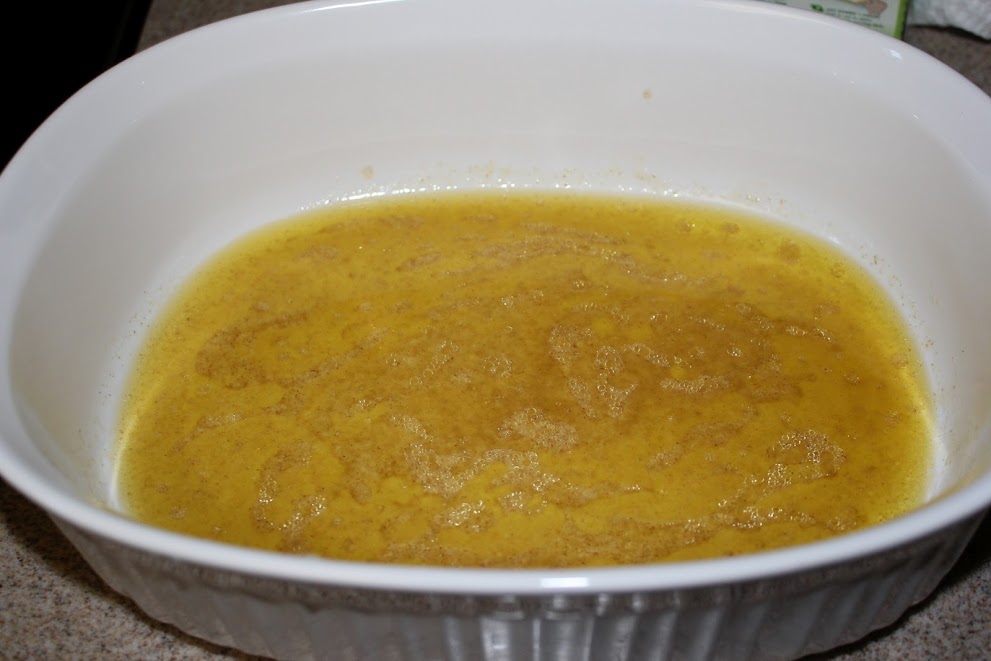 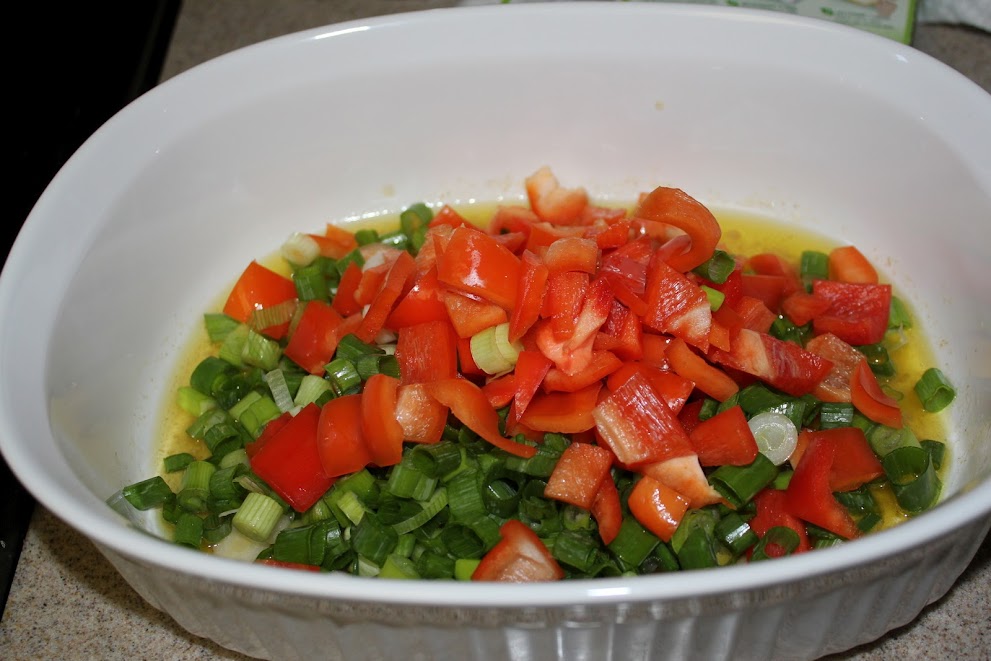 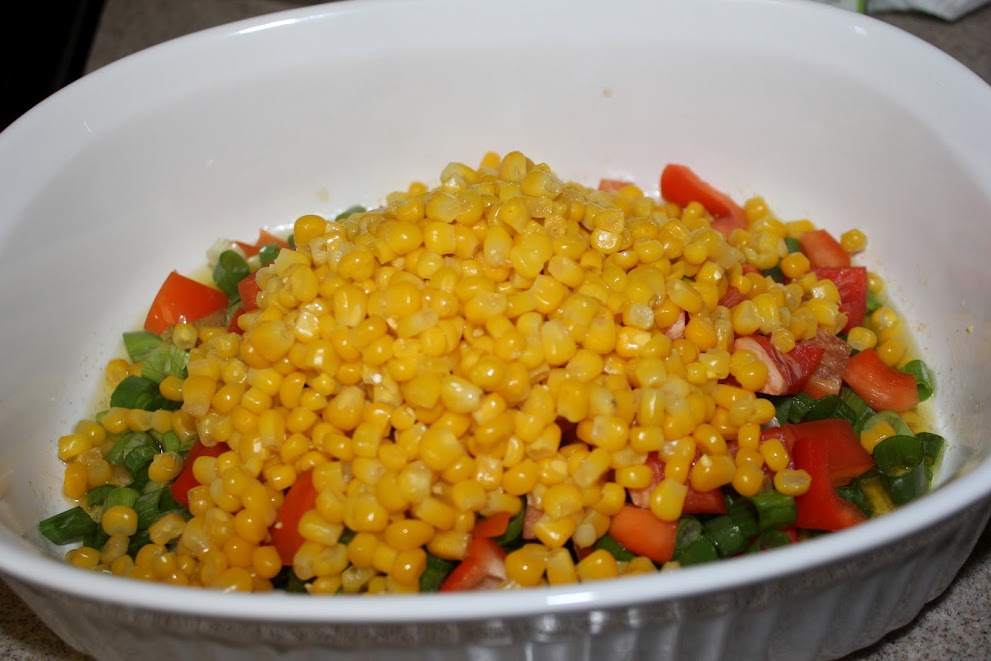 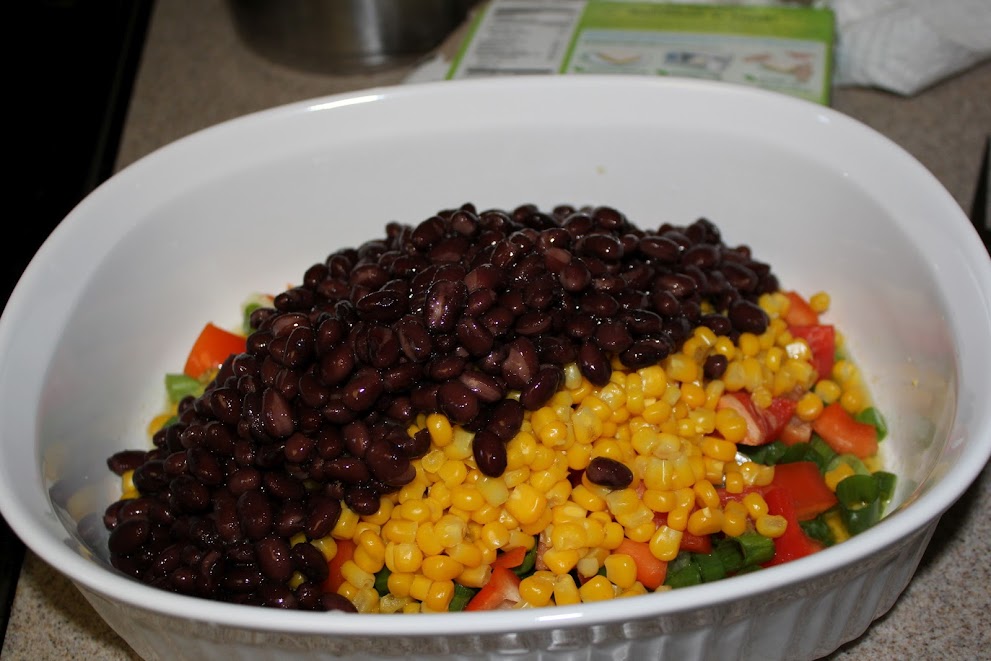 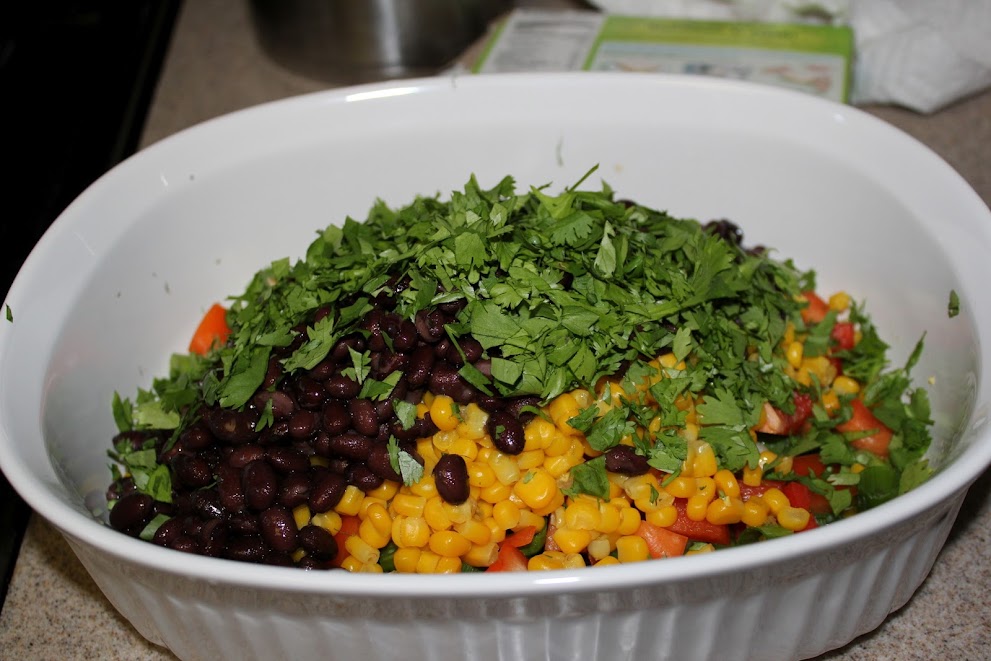 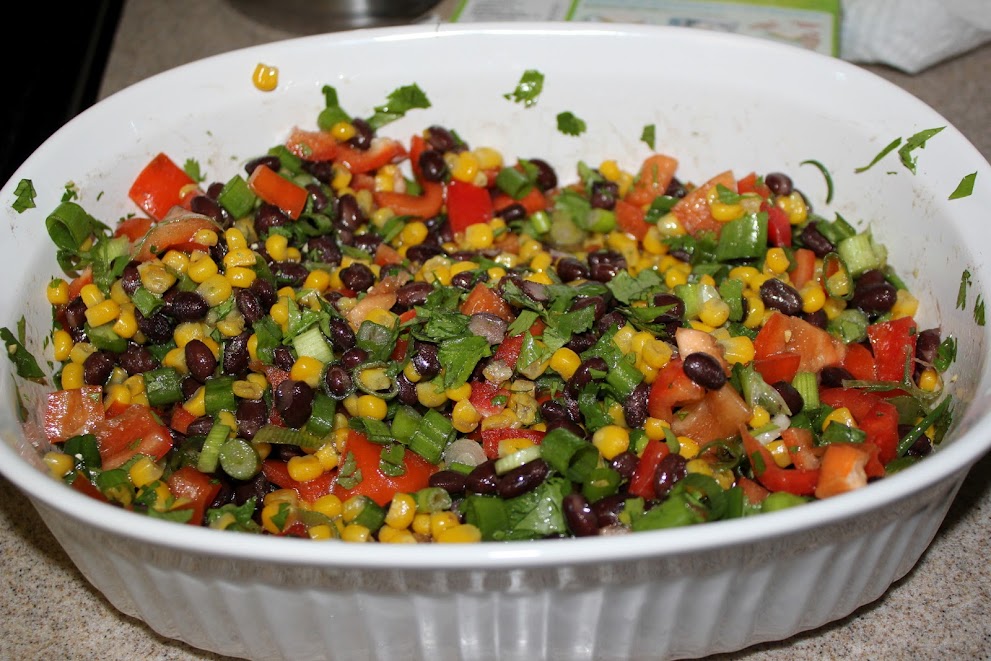 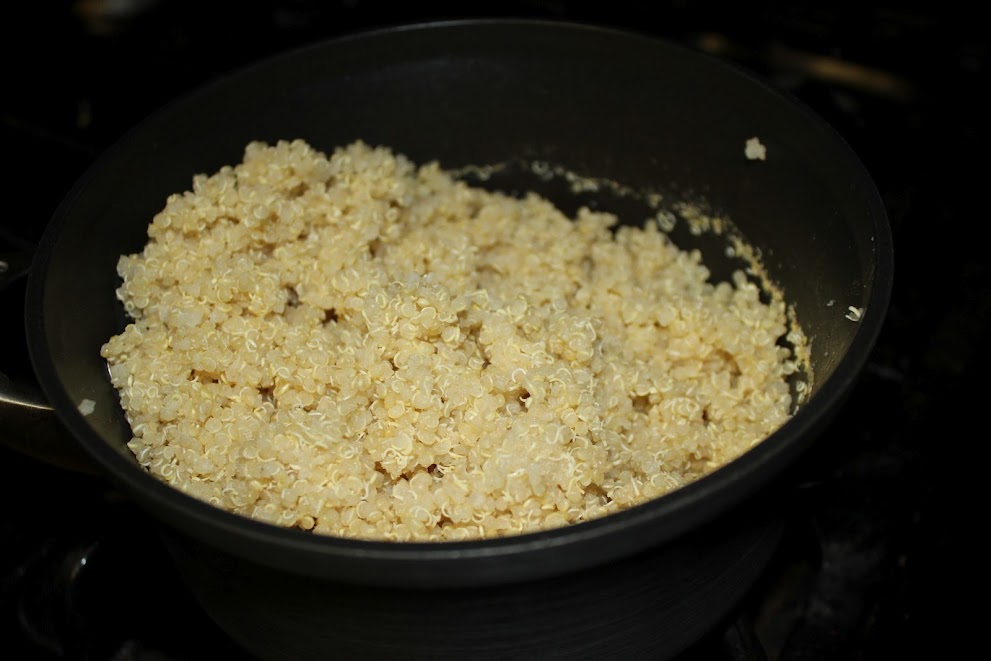 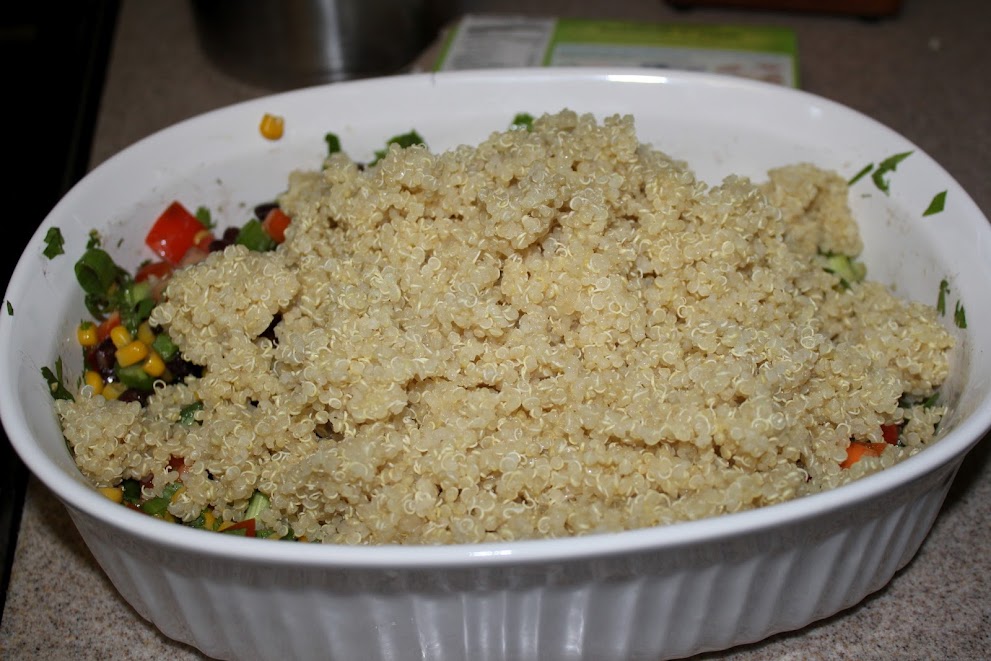 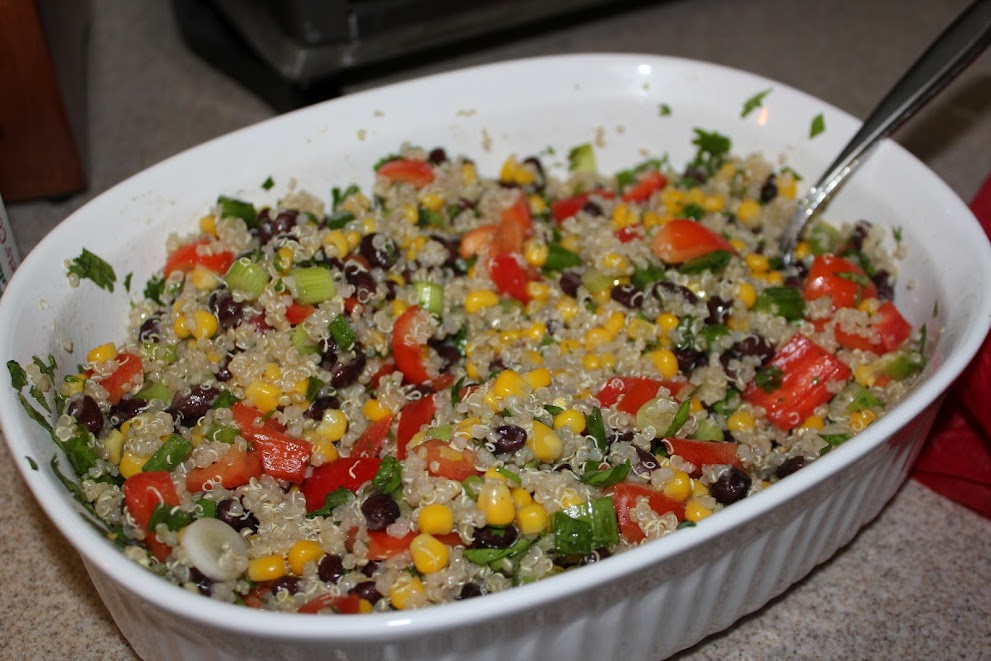 I thought it was a little dry, so I added some more EVOO and the juice of 1 more lime.  Cover and refrigerate until ready serve. 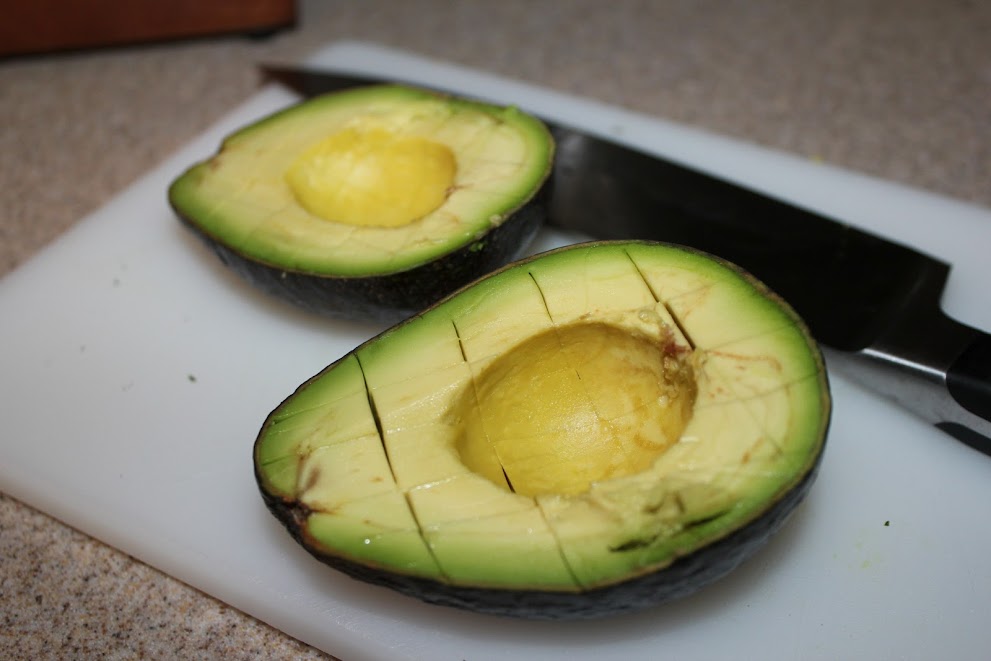 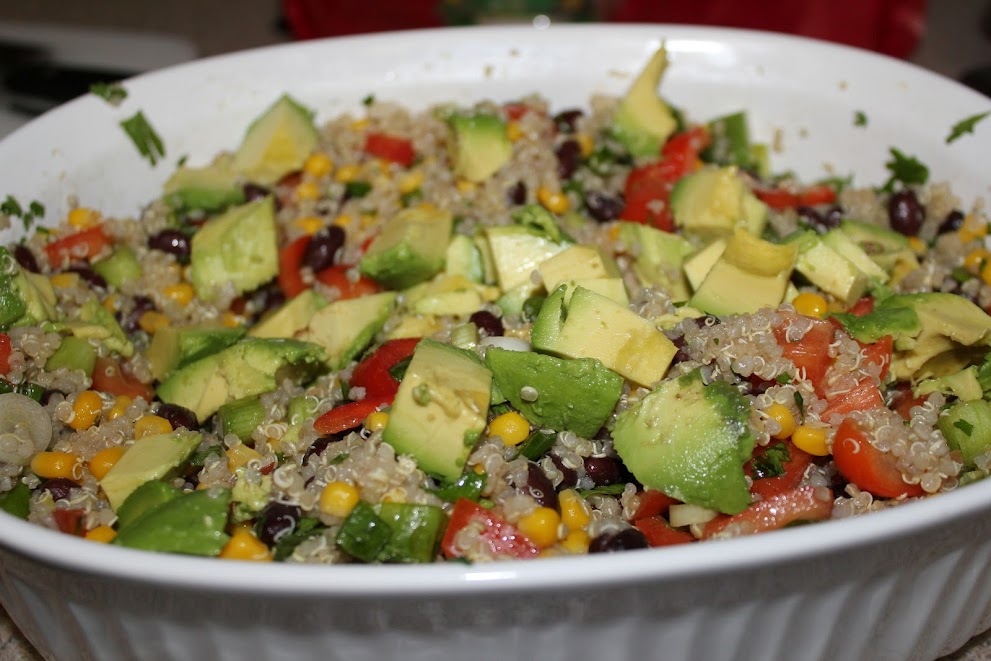 I served the salad alongside my delicious Southwestern Chicken (recipe to come later this week).  You could also just serve the salad by itself for lunch or for a light dinner.  Whatever you serve it with, enjoy! 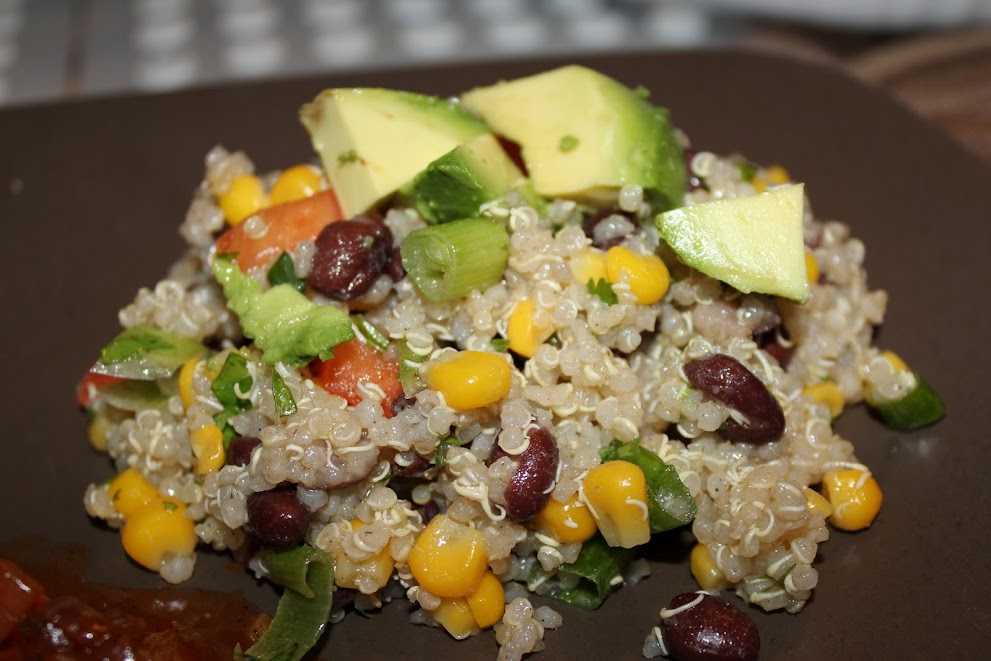 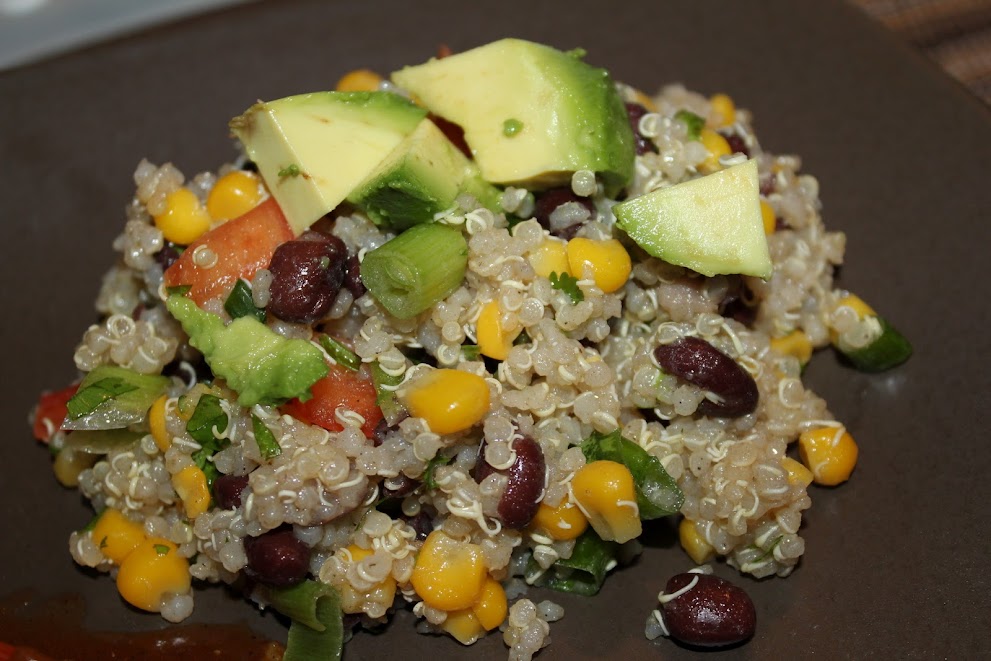