If it’s on the menu, it’s safe to say I’m ordering it.

I’ve made several Greek salads before on the blog.  This time, I used my spiralizer (in a new way) to put a spin on the classic Greek salad.  I used the chipper blade (for the first time) to make thick cucumber noodles.  The noodles reminded me of buccatini (without the opening, of course) or spaghettoni.  It was the perfect thickness for this salad.

I packed the salad with all my Greek favorites: kalamata olives, tomatoes, oregano, and feta.  I dressed the salad in a simple lemon vinaigrette, which added the perfect amount of acidity.  It was really scrumptious.

Just a quick side note: if you have any leftovers (which I highly doubt you will!) you’ll want to eat them within a day.  The water from the cucumber will make everything pretty soggy otherwise.  You could also not dress the entire salad at once.  Instead, just add the dressing to each serving as you eat it, storing the salad with paper towels to help absorb the excess moisture.

Start with the cucumber noodles… 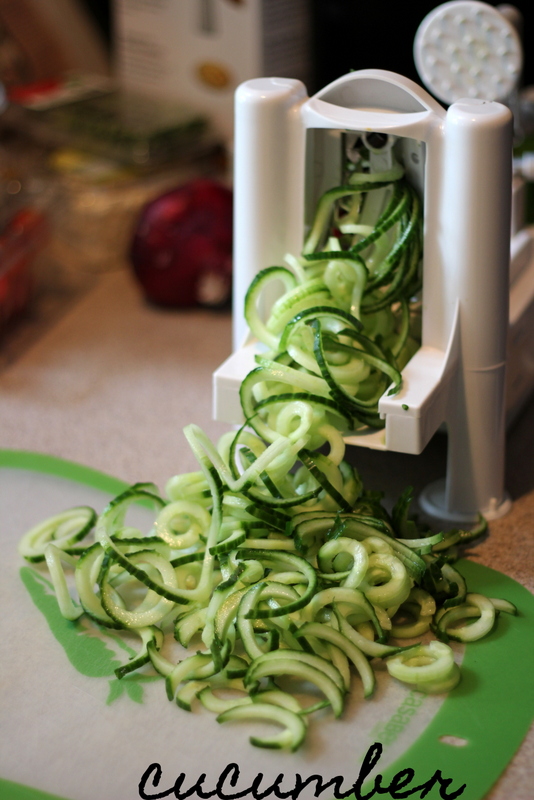 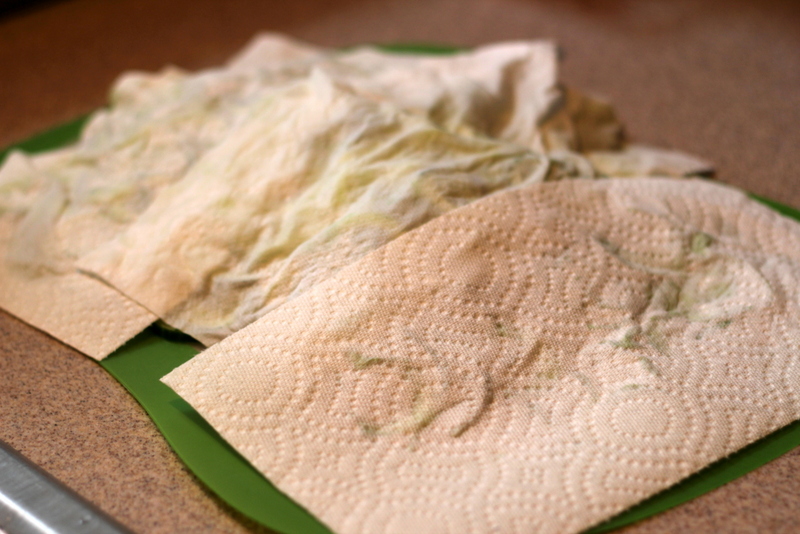 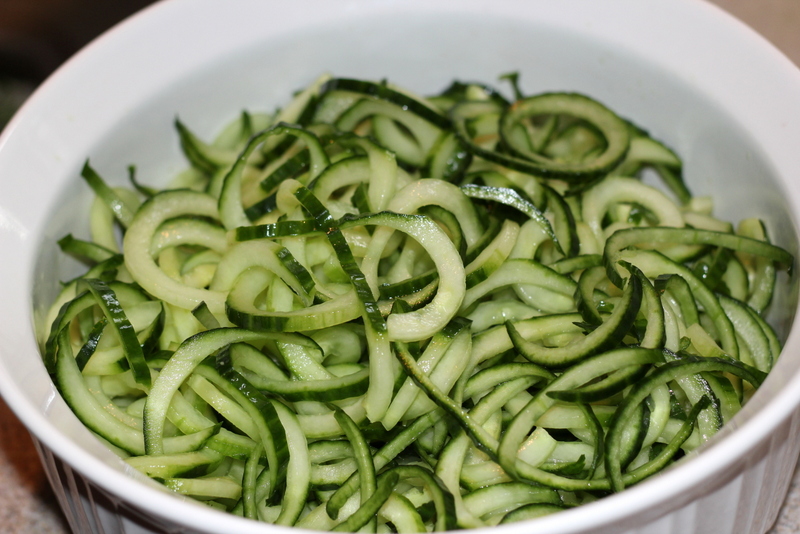 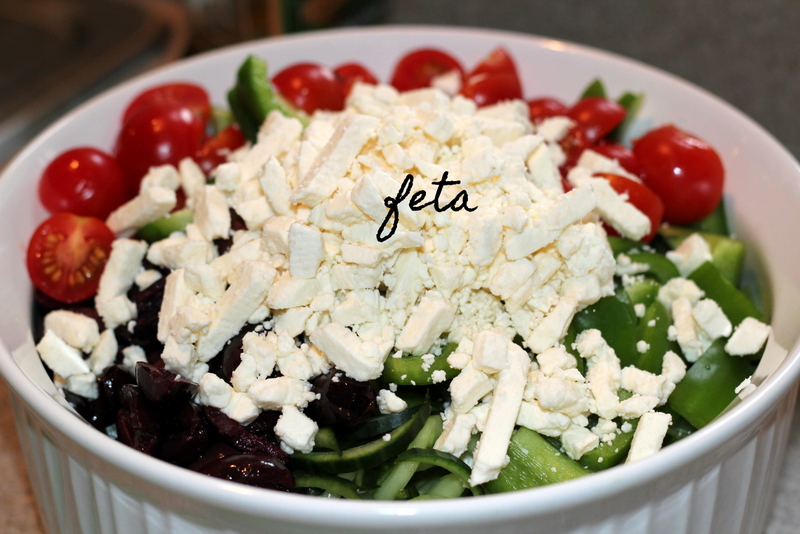 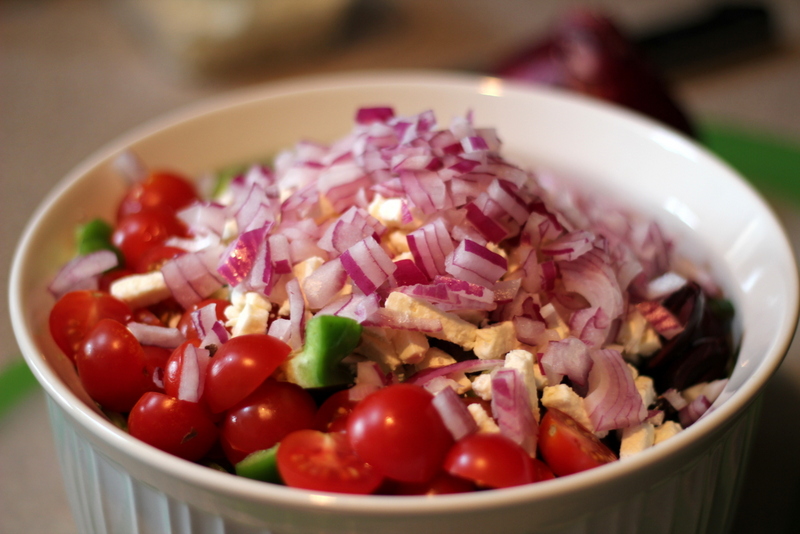 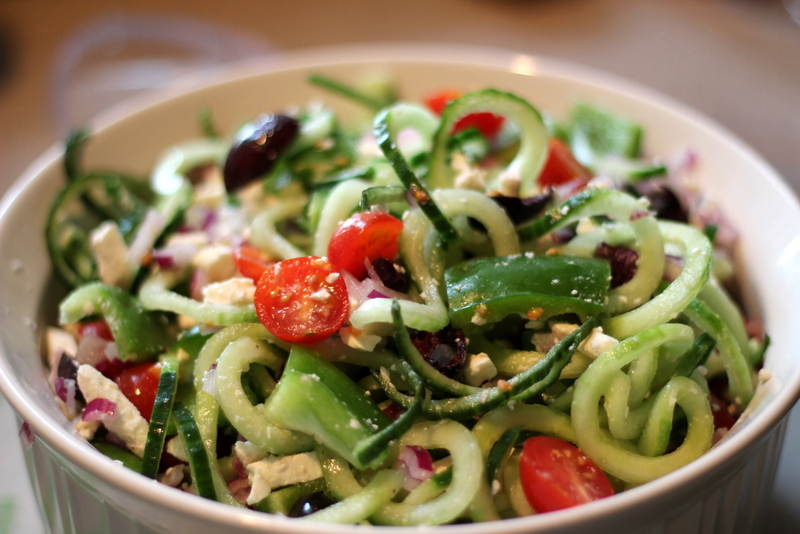 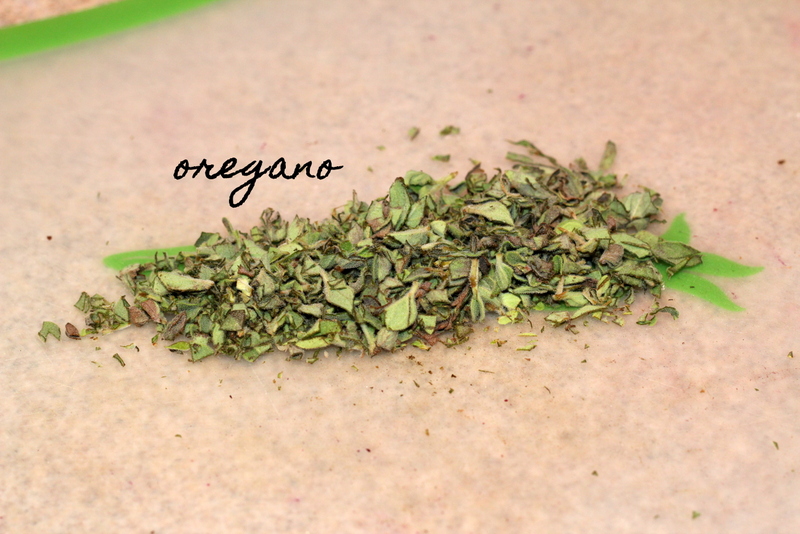 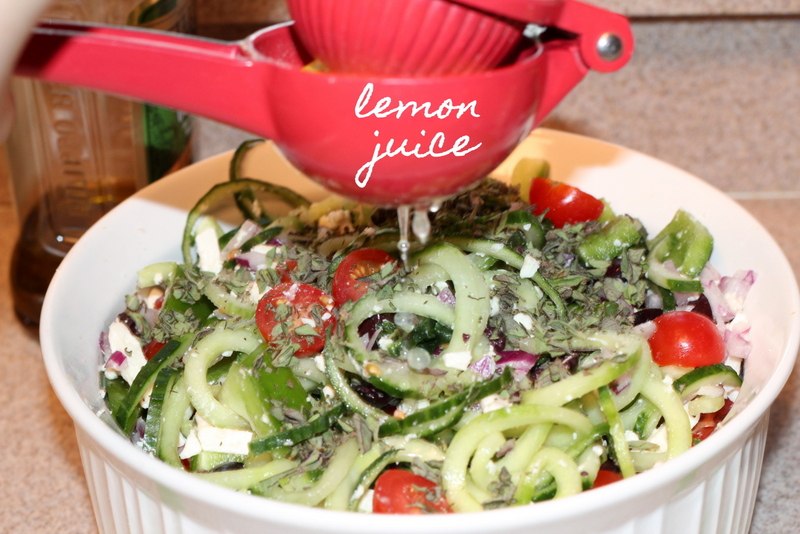 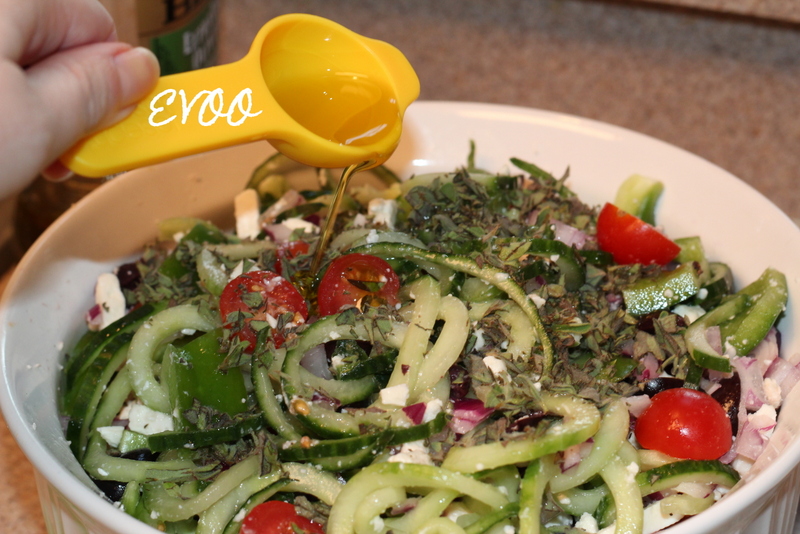 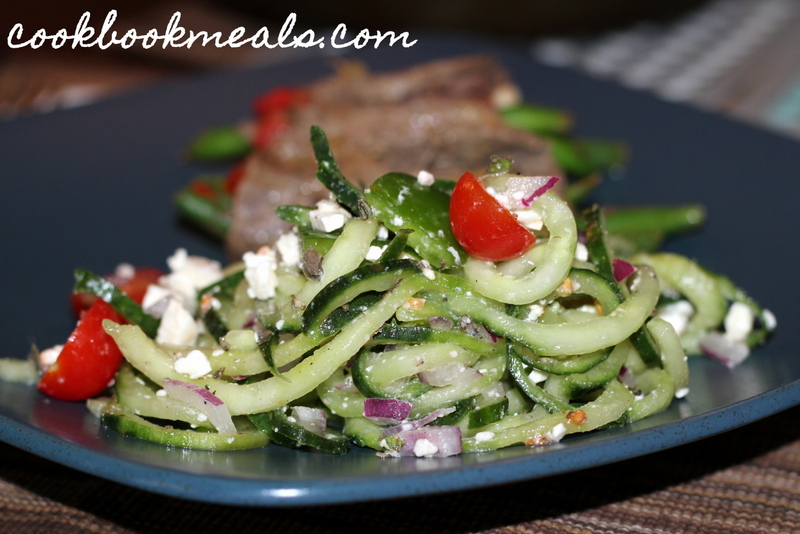